Buccaneers at Falcons Simple Odds to Win a Bet 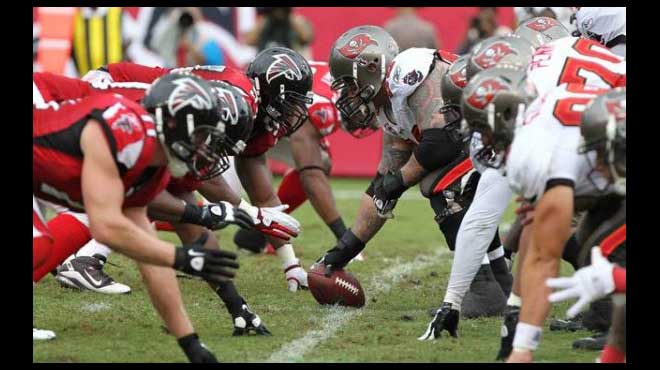 The Tampa Bay Buccaneers visit the Atlanta Falcons on Sunday in what is expected to be one of the most competitive games in Week 1. The Bucs won both meetings last season and each game was close as Tampa won 23-20 in overtime and 23-19. The Falcons are listed as 3-point home favorites in this Week 1 contest at the best betting sites with the total listed at 47.5. For a simple bet on this game visit TopBet Sportsbook.

Not only are the Bucs and Falcons division rivals in the NFC South they also have familiarity because of the opposing coaches. Tampa is coached by Dirk Koetter who was the former offensive coordinator in Atlanta. The Bucs defense now has former Atlanta head coach Mike Smith as the defensive coordinator. Tampa Bay cornerback Brent Grimes is also a former Atlanta Falcon.

“It’s unique to have those guys coming up here for sure,” quarterback Matt Ryan said of Koetter, Smith and Grimes. “I have a lot of respect for Mike and for Dirk. Really enjoyed my time with them. And then you get to know Brent, too. Obviously having played with him for as long as I had, you have a feel for just how athletic he is, how he plays the ball, how good he is with his ball skills. All that kind of stuff, we know that about Brent.”

The Falcons will have to find a way to protect Ryan as the Bucs figure to move Gerald McCoy around on the defensive line. “Gerald McCoy is as good on the interior as anybody in the league, and we know that going against him twice every year,” Ryan said. “He’s a guy we’ve got to understand where he’s at. We’ve got to do a really good job up front going against them.”

Atlanta has some weapons around Ryan including Julio Jones and newcomers Mohamed Sanu and rookie tight end Austin Cooper. The Falcons also have deep threat Aldrick Robinson and running back Devonta Freeman. Ryan is 10-6 in his career against the Bucs but he lost both games against Tampa last season.

I will take this game over the total at sports betting sites.