Best Sportsbook Lines to Take on Rams vs. Eagles 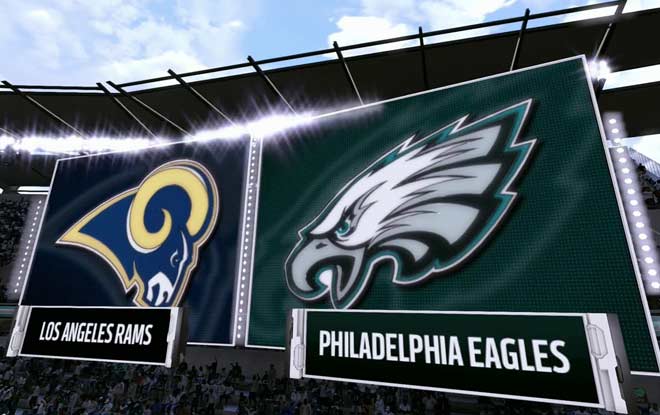 Without a doubt, this Sunday’s pairing between the Los Angeles Rams and the Philadelphia Eagles ranks amongst the best of the season. After all, who wouldn’t want to tune in and watch the two winningest teams from the NFC duke it out? The game may not be primetime, but the matchup certainly warrants going to a bar to check it out. Let’s take a look at the action the top sportsbook sites on the web have put together for this enticing pairing.

The Rams charge into this upcoming weekend’s matchup sporting a 9-3 record that ranks LA No.1 overall in the NFC West. Before the season began, there wasn’t a sportsbook US player on the globe that would have picked the Rams to win the West in 2017. It would’ve been one heck of a payout, but the point is that seeing Los Angeles lead the division is one of the biggest bombshells of this year’s betting season. Furthermore, the success that the Rams have been enjoying this season truly makes it seem like Jeff Fisher doesn’t have a clue when it comes to coaching a pro football team.

The best sportsbook players on the planet will want to consider betting on the spread on this one. The Eagles are 9-3 against the spread and will be looking to cover a 2 point spread this weekend. Granted, considering that the Eagles are pegged at -135, betting on the money line is also a great option for this one. If you were looking to back Los Angeles this weekend, you’re also going to want to take the Rams straight up. In fact, if you’re confident Los Angeles can pull off this upset, there is no reason not to take the Rams straight up.

The Eagles fly into this Sunday’s pairing flashing a 10-2 record as well that also ranks them 1st in their division. Coming into this year’s season, the best sportsbooks knew that the East would be extremely tough. However, few could’ve expected the Eagles to be in the top spot at the moment. Philadelphia has gotten here thanks to the tremendous efforts of 2nd-year quarterback Carson Wentz, who is making a case for the MVP trophy this season. Nonetheless, Wentz will be put to the test this Sunday since the Rams just happen to wield one of the toughest secondaries in the league.

Specifically, the Rams rank 15th in total defense, 27th against the run, but they do rank 9th against the pass. Initially, bettors might be lead to assume that Philadelphia will be stopped through the air completely. However, considering how poor Los Angeles is against the Run, the Eagles and their running game – which ranks 2nd in the league, should have no problem moving the ball. Furthermore, once the run game is established, NFL bettors should expect the Eagles to find plenty of success through the air off of the play action. Ultimately, sticking with Philadelphia on this one is certainly the safer route. The Eagles have a clear statistic advantage on both sides of the ball and most bettors would agree that they have the better roster overall.