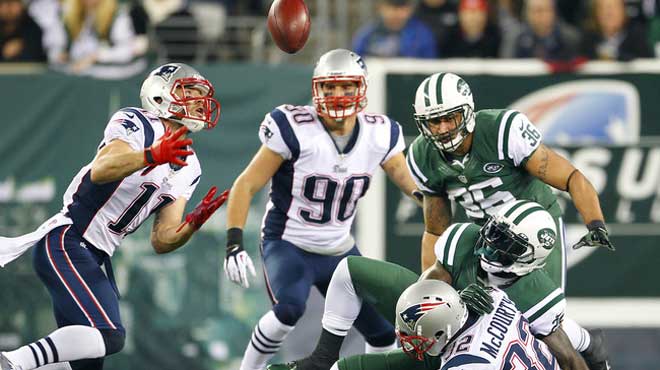 Week 6 of the 2017 online NFL betting season is here. With Sunday’s action right in front of us, online sportsbooks players are dying to know what are the best, last-minute bets to make on this weekend’s action. This article aims to look at the best spread betting options for this Sunday’s lineup, since spread betting offers a little more wiggle room than most other NFL lines. So, without any further ado, let’s break down the best spread bets to make in Week 6.

The Browns haven’t won a game this season and the biggest sportsbooks are predicting that they’ll be losing to the Texans by 10 or more points this Sunday. With a -110 payout on Cleveland’s 9 ½ point prediction, fans might want to stick to the winless team on this one. It’s unlikely that they’ll beat Houston, what with the change at quarterback and whatnot, but the Browns have only gotten blown out once this season. That was against the Cincinnati Bengals, when the team had just made a change at offensive coordinators. The Browns are 1-4 ATS this season however, but they could pick up their second ATS win of the season this Sunday.

It depends how you feel about this matchup. Last season, the Brady-less Pats lost a game against the Jets. This year, online sportsbooks are predicting Brady will beat them by 9. The payouts differ between both competitors, with the Pats pegged at -105 and New York at -115. It seems that some NFL bettors are taking New York on this one. The Jets are 3-2 against the spread this season while New England is a modest 2-3. However, New York comes into this game riding a 3-game win streak and if they pull off the upset this Sunday, they’ll be the leaders in the East. There’s no doubt this New York squad will be more than motivated to get the job done.

The Falcons are coming off a Bye Week so it stands to reason that the team will be coming out hot. Furthermore, online sportsbooks are predicting Atlanta will beat Miami by 13. That might seem like a lot, but it doesn’t seem that massive of a difference if you were to just look at their quarterbacks. Jay Cutler hasn’t found much success this season and he’s likely to get smoked by the reigning MVP. If the Falcons can jump to an early lead they’ll force Miami to rely on their running game. If that happens, things will begin to quickly unravel for Miami. Take the Falcons and the -105 payout.

The winless Giants are being pegged as 11 ½ point underdogs against the Broncos on the spread. While at first glance this may seem like a lot considering that offense is the strength of the Giants’ franchise and the opposite is true about Denver, upon closer inspection it’s clear that the Broncos shouldn’t have too much of a problem covering the spread this Sunday. The Giants lost their two star wide-outs this past Sunday; Odell Beckham Jr. and Brandon Marshall. Eli Manning was already struggling and with his best two targets no longer on the field, online sportsbook players can expect that passer rating to drop as the season goes on.