Best Bets to make on Wizards vs. Raptors Game 2 Playoffs 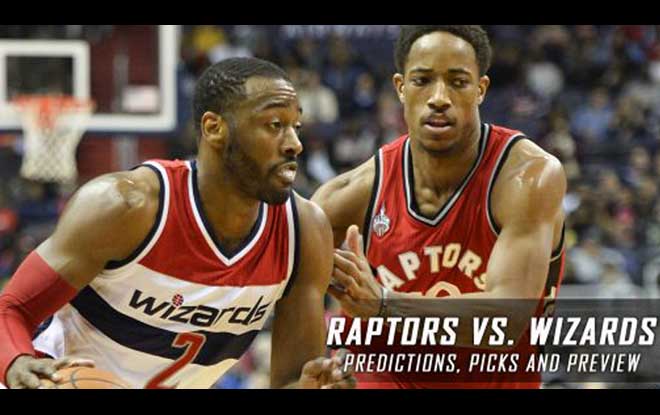 The NBA playoffs are in full swing giving best offshore sportsbook players plenty of matchups to wager on. Bettors looking for an easy matchup to bet on should check out Game 2 of the Washington Wizards vs. Toronto Raptors series. The Raptors put on a massive beating in Game 1 and will be looking to do the same this time around. What kind of turnout are the odds predicting?

The Wizards had a rough go in game 1 losing by 8-points on the road. Unsurprisingly, John Wall led Washington in points for the night. Wall finished Game 1 with 23 points, 3 rebounds and a whopping 15 assists. Behind Wall’s efforts was Markieff Morris, who was good for 22 points, 6 assists and 11 rebounds on the night. Third in points for Washington in Game 1 was Mike Scott. Although Scott failed to break a 20-point night, the 5th-year veteran delivered 14-points, 3 rebounds and zero assists. While those numbers were decent all the way around, there’s no question the Wizards need to step up their game if they’re to tie the series this Tuesday night.

The best offshore sportsbook odds are siding heavily with the Raptors, which is unsurprising of course. After all, the Raptors finished No. 1 in the East and just manhandled the competition in Game 1. Serge Ibaka was the Raptors’ leading scorer in Game 1. Ibaka would go on to finish the game with 23 points, 12 rebounds, and a lone assist. Behind Ibaka’s efforts was Delon Wright, who came off the bench and played 25 minutes. Wright scored 18 points, 1 rebound and 4 assists. Despite not having two players break 20 points, like the Wizards did, the Raptors relied on their versatility to get the job done.

The above listed odds come to you thanks to MyBookie sportsbook. MyBookie sportsbook has risen in popularity over the last couple of years thanks to their appealing odds. On top of that, MyBookie sets themselves apart from the competition by offering a plentitude of sportsbook bonuses that will undoubtedly help you get more out of your betting action. No doubt about it, this is the type of betting site NBA bettors should check out in this year’s postseason. Feel free to check out our review on MyBookie sportsbook to get a closer look at what they offer. You can also hop to their site to begin your sign up process today.

Best Online Sportsbook Picks: The money line is favoring Toronto pretty heavily but it’s still a good option in this matchup. The spread seems a bit iffy so sticking with what you know will turnout is the safer choice.