Best Bets and Picks for Warriors vs. Cavaliers Game 3 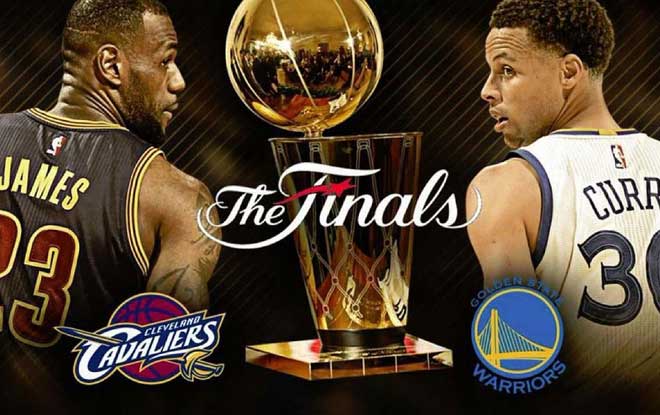 Top sportsbooks can’t say the Golden State Warriors don’t learn from their mistakes. Or from their opponent’s mistakes, for that matter. The Dubs are heading to Cleveland for game 3 of the NBA Finals with a 2-0 lead in the series. And unlike game 1, game 2 didn’t boil down to dumb luck. The Warriors knew they couldn’t let the Cavs get as close as they did in the series opener. And no one can keep his distance and remain lethal like Stephen Curry. Curry is as accurate and deadly from the three-point line as Charles Whitman from the university tower in Austin, Texas. And he proved it by setting a new NBA Finals record with nine treys on Sunday. Thus the Warriors were able to keep the Cavs at bay and win 122-103.

If NBA coaches were Karate Kid characters, Phil Jackson would be Mr. Myagi, and Steve Kerr needs to be John Kreese. That is to say that the Warriors must continue to show the Cavaliers absolutely no mercy. It could be argued that that’s just what they did on Sunday. Then again, the third quarter would beg to differ. The Dubs have every reason to be confident but must not allow themselves a false sense of security. Why? Because of these two words: LeBron freakin’ James. When you have the King on a viselike grip you don’t want to relieve the pressure even a little bit. Or you may live to regret it. Or as Tim Reynolds put it, “Only four teams have ever wasted a 2-0 lead in the finals – and Golden State is one of them.” On the other hand, Steve Kerr said after the game that “We’re happy with the way we played. But we know this is just getting started.” Which may be his way of saying “sweep the leg.”

Newsday’s sports columnist Al Iannazonne says LeBron James needs more from his teammates for the Cavs to have a shot. That’s some shocking news right there. Except for the shocking part. The King scored 29 points on Sunday. A comparatively modest output if we consider his game 1 performance. But then why bother scoring 50+ points if your teammates are going to let you down anyway. Iannazonne does have a point when he says this series pits the league’s best team against the league’s best player. If LeBron and Curry were playing one on one, the series would be tied 1-1. But Curry has something LeBron doesn’t. Strength in numbers.

These odds are taken from MyBookie.ag, which is among the top sportsbooks on the web.

Prediction: The Cavs find themselves between the proverbial rock and a hard place. Another loss and they’ll have dug themselves into a hole out of which no team has ever found a way. Unfortunately, must-win is not tantamount to will-win.

Best bet: Other than the change of scenery, there is not much reason to believe things will be a lot different the third time around. At this point, the Cavs might not even be able to muster the ATS win.