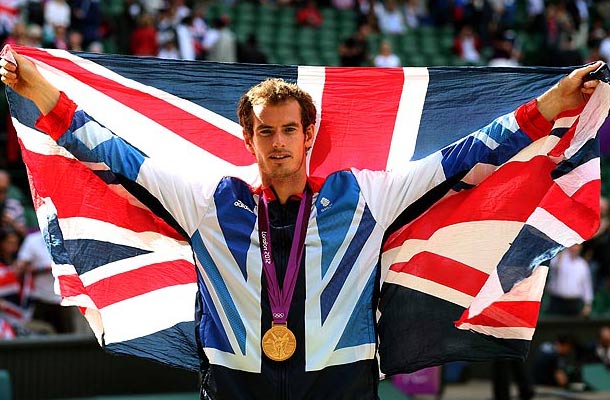 If you have placed bets or large wagers on Andy Murray winning the French Open 2016, you should be sad. His form at the tournament was poor and he has just managed to scrape through the first two rounds. In both tennis matches, the player from Scotland managed to get the victory after five hard-fought sets.

The favorite at the sportsbooks to bet on the French Open 2016 was world number one Novak Djokovic and clay court specialist Rafael Nadal. Over the last few years, Murray has managed to improve his game enough to beat any player on his day. The problem is that he has too many bad days due to his temperament. He tends to get very angry when things are not going his way instead of staying calm and regaining his form.

It is not unusual for Andy Murray to start Grand Slam events slowly. Over the last decade, he has had many first and second round battles which he has won and lost. He will be pleased that he got through but will know that his game will have to greatly improve if he is to win the tournament this year.

The third-seeded player and French Open defending champion, Stan Wawrinka also can into difficulties in his first round match. He was taken to five sets but managed to scrape through. Unlike Murray though, he made easy work of his second round match by beating Taro Daniel in straight sets.

The mental side of Murray`s game has been called into question on many occasions. Over the last few seasons, he seems to be been able to get on top of it which has led him to be the second-ranked player in the world. However, playing so many sets in such a short pace of time is bound to have an impact on a player’s concentration through fatigue.The Scottish tennis player is one of the fittest on the circuit and this will help him get through this difficult patch.

There has been a lot of speculation and gossip on the web that Murray`s is about to split from Amelie Mauresmo who has been much credited for improving his game. When asked the question if there is a rift between the two, the Scotsman brushed it aside as rumors.

Now that Murray is passed the first two rounds, he can forget about them and move forward. There is no point looking back, instead, he needs to study his next opponent so that he can make easier work of winning the match. Murray has suffered from a lot of lows in his career but has always bounced back stronger than before. I was not expecting  him to go far in the tournament and may even look for the best free bet offers to back him to make the final. He has won Grand Slams in the past and has not started well in those, so there is no reason to doubt his ability to do it again.