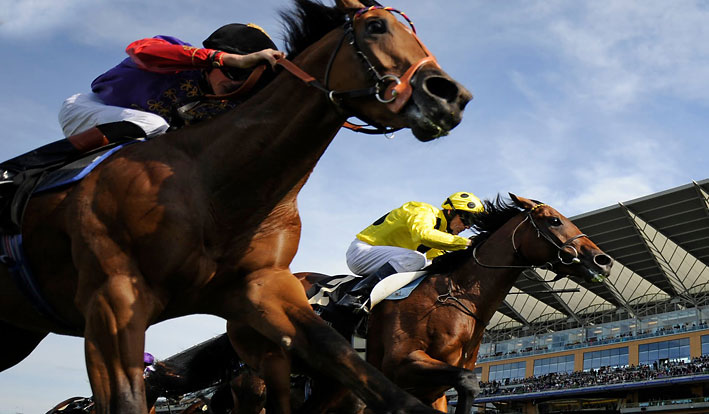 Top sports betting sites favor Authentic to win the 2020 Preakness Stakes. This will be the 145th Preakness Stakes, a Grade I stakes race for three-year-old Thoroughbreds. It will be run at a distance of 1 3⁄16 miles (1.9 km). This race is one leg of the American Triple Crown. It is held yearly at Pimlico Race Course in Baltimore, Maryland. The Preakness Stakes is usually scheduled on the third Saturday in May, two weeks after the Kentucky Derby. However, the 2020 running was rescheduled to Saturday, October 3, as a result of the COVID-19 pandemic in the United States. On September 2, it was announced that the event would be held without spectators.

Authentic is Favorite to Win

Authentic is favorite to win, per the best online sportsbooks. He upset the winner of the Kentucky Derby. His ownership includes 4,200 “micro-owners” in MyRaceHorse Stable. He enjoys being on the lead. His jockey John Velazquez is a Hall of Famer. Trainer Bob Baffert is looking for a record-setting eighth Preakness win.

Art Collector is the Second Favorite

Art Collector is the second favorite as established by top sports betting sites. He has won four races in a row. Including the Blue Grass and Ellis Park Derby. He was going to be the likely second choice in the Kentucky Derby. However, a minor foot injury sidelined him. He’s back for owner Bruce Lunsford, who also bred him, and trainer Thomas Drury Jr., who earned his first graded-stakes win as a trainer in the Blue Grass.

Swiss Skydiver finished second behind Art Collector in the Blue Grass. As well as second in the Kentucky Oaks. She has earned $1.1 million, which is not too shabby for a filly who sold for $30,000. Trainer Ken McPeek saddled Sarava to win the 2002 Belmont. He returned $142.50 for a $2 win ticket. Swiss will attempt to join a group of just five fillies that have won the Preakness, the last of which was Rachel Alexandra in 2009.

Thousand Words was in fact in the paddock for the Kentucky Derby. And just a few minutes from competing in the race. But he flipped over was scratched. In the process, he broke assistant trainer Jimmy Barnes’s wrist. The good news is that he is fine and projected to run in the Preakness.

Max Player raced for the first time for trainer Steve Asmussen in the Kentucky Derby. He finished fifth. Prior to that he was third in New York’s two biggest 3-year-old races, the Belmont and the Travers, for trainer Linda Rice. Max won the Withers in February at Aqueduct to open his sophomore season. His sire was Champion Older Horse in 2015. Asmussen and jockey Ricardo Santana Jr. Won the 2019 Pimlico Special with Tenfold.

Mr. Big News was the source of exactly that when he finished third in the Kentucky Derby. His odds were $46.50-1 after closing from 10th in the 15-horse field. Before the Derby, Mr. Big News wasn’t that, for example finishing sixth in the Blue Grass. He did, though, win the Oaklawn Stakes in April, a “Win and In” for the Preakness.

NY Traffic finished eighth in the Kentucky Derby. That was after cutting his left front ankle. This gray colt just missed defeating Derby winner Authentic by a nose in the Haskell in July. Trainer Saffie Joseph Jr., a third-generation horseman, has turned into a top trainer in Florida. He arrived in the U.S. from Barbados in 2011. At age of 22, he became the youngest trainer ever to win the Barbados Triple Crown.
These are the top contenders to win the Preakness, according to top sports betting sites.