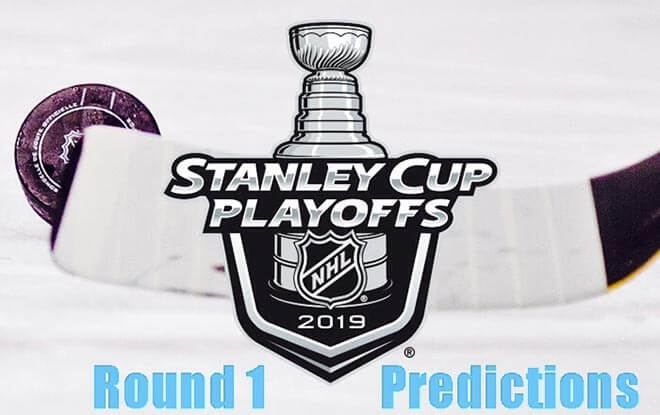 Thus beginneth the 2019 NHL Stanley Cup postseason. Sport betting sites favor the Tampa Bay Lightning, Winnipeg Jets, Nashville Predators, and San Jose Sharks to win on April 10th. Conversely, the Columbus Blue Jackets, St. Louis Blues, Dallas Stars, and Vegas Golden Knights enter as underdogs. No surprises here. The best online sportsbooks have the Lightning pegged to win the Stanley Cup. Accordingly, Tampa Bay is expected to start off on the right foot against New York. And so on and so forth with the other matchups.

Pick: According to sport betting sites, Columbus is 5-0 in their last five games on the road. And 7-1 in their last eight overall. Tampa Bay is 44-8 in their last 52 games versus Eastern Conference teams. And 40-13 in their last 53 at home. The over is 7-2 in their last nine games. The BJs are 0-6 in the last six encounters with the Lightning. As well as 3-10 in their last 13 trips to Tampa Bay. Sergei Bobrovski is the Philip Rivers of the NHL. Great in the regular season, not so much in the playoffs. Unless for once his greatness carries over into the postseason, the Lightning will take this one.

Pick: St. Louis is 8-2 in their last 10 games. And 10-3 in their last 13 games playing a team with a winning record. Winnipeg is 2-5 in their last seven games overall. And 68-29 in their last 97 at home. The visiting team is 5-1 in the last six meetings between Blues and Jets. That last trend is noteworthy because Winnipeg is usually deadly ground for visitors. However, home advantage seems to be no advantage in this matchup. Therefore, the Jets’ 1.5-point favoritism might also be negated.

Pick: Vegas is 4-1 in their last five games playing on three days’ rest or more. 5-17 in their last 22 games as dogs. And 0-4 in their last four on the road. Per sport betting sites, San Jose is 3-7 in their last 10 playing Western Conference. 2-5 in their last seven as home chalk. And 3-8 in their last 11 games as a favorite. The Golden Knights are the Rocky of the NHL. That’s why they’re my pick to win the Stanley Cup in their second season. Just like Rocky finally beat Apollo in Rocky II. Vegas is also my fave to pull the upset in Game 1 of this series.