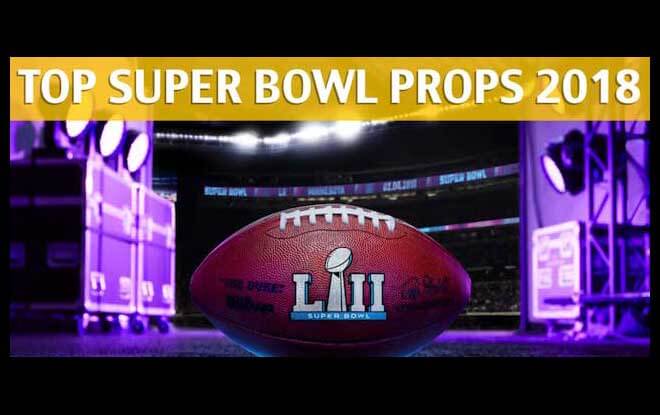 There is no other offshore betting event such as the Super Bowl. Super Bowl wagering goes far beyond the game itself. Prop bets galore guarantee plenty of opportunity and action for gamblers that goes far beyond picking the winner of the side and total. This year as always there are a plethora of Super Bowl props that will keep everyone busy and thrilled. Among the most popular of props is the ever present first player to score in the Super Bowl.

The New England Patriots are clearly one of the most popular offshore betting commodities in any sport. And the second biggest name player on the Patriots after quarterback Tom Brady is the ever present tight end Rob Gronkowski. “Gronk” as he is known is coming off another big season for New England. The five time All Pro selection led the Patriots in receiving this year with 69 catches good for 1084 yards and 15.7 yards per catch. Tom Brady’s favorite target will be a popular choice to score the first touchdown of the game as a +800 favorite. It’s understandable that Gronkowski would be the chalk to score first when you consider his dominant numbers combined with his public name recognition. The 2011 leader for touchdown receptions had eight touchdowns this season. An eight year pro, Gronk has 76 touchdowns for his career. Clutch playoff performances are a Gronkowski specialty as evidenced by his 59 catches and ten touchdowns in 12 post season games.

New England Patriots running back Dion Lewis opened at +900 to score the first touchdown in the Super Bowl. Lewis was the top rusher for the Patriots with 852 yards and five touchdowns. The versatile running back also caught three touchdown passes on the season. The six year pro out of Pitt is a former Eagle that has spent the past three years with New England. After bouncing around with three previous teams Lewis enjoyed a breakout season in 2017. Once again New England coach Bill Belichick has turned straw into gold.

Philadelphia Eagles wide receiver Alshon Jeffrey opened as a +1200 offshore betting selection to score first in Super Bowl LII. Jeffrey led the Eagles with nine touchdown receptions on the season. The South Carolina star added two playoff touchdowns for 2017. The six year pro saw a career resurgence this year after a less than stellar 2016 campaign with the Chicago Bears.

Philadelphia Eagles running back Corey Clement makes for an excellent MyBookie sportsbook selection to score the first touchdown of the Super Bowl. This is based on his price of +3000 combined with the fact that Clement led all Eagles running backs with four rushing touchdowns on the season. Clement added two more receiving touchdowns. The other players mentioned are obvious public choice overlays. Clement is a solid choice that will get lost in the public shuffle and therefore bring extra betting value.

Corey Clement of the Philadelphia Eagles is the choice to score the first touchdown of Super Bowl LII.

Watch Rob Gronkowski take a brutal head shot in the AFC title game against the Jaguars.