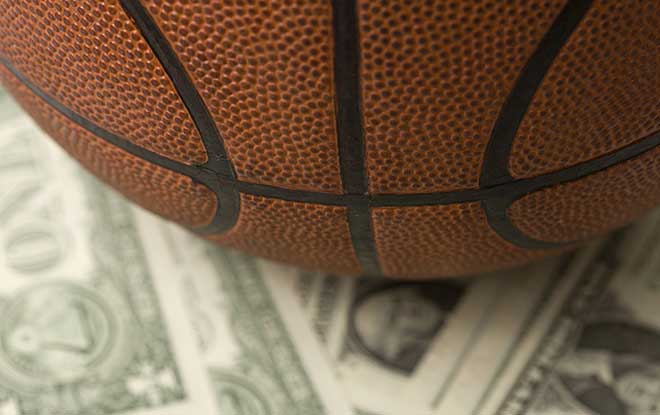 Sportsbook sites favor the LSU Tigers by 7.5-points over the Yale Bulldogs in this first round NCAA tournament matchup. The Tigers finished the season with a 26-6 record (16-2 in SEC play). Furthermore, they went 19-12-1 ATS, according to the best online sportsbooks. LSU was the SEC regular season champion. But they lost 73-76 to Florida as a 3.5-point favorite in the quarterfinals of the SEC tournament.

The Bulldogs had a 22-7 straight-up record this season (10-4 in Ivy League play). And a 16-13 against the spread record as well. Yale defeated Harvard 97-85 in the Ivy League championship game as four-point chalk. Which undoubtedly prompted an “excellent!” from Mr. Burns. Yale will face the proverbial snake in their bosom in the form of LSU sophomore point guard Tremont Waters. “We recruited him pretty hard,” Yale head coach James Jones said of Waters. “He’s been at my elite camp since he was in eighth grade. Love the kid. I’ve watched LSU play a lot the last few weekends. They’re really good. Naz (Reid) is good around the basket.”

Playing in the SEC it comes as no surprise that the Tigers had a way tougher schedule than the Bulldogs. LSU scored 81.4 points per game on their opponents, good for No. 11 in the country. Additionally, the Tigers are shooting 46.2% from the field while holding opponents to 43.6% field goal shooting. Louisiana State grabs 38.8 rebounds per game and force 15 turnovers per game. Waters leads the team with 15.1 points and 5.9 assists per game. Per sportsbook sites, LSU is 9-2 SU and 8-3 ATS in the last 11 games. All but one of those wins came by five or fewer points. Moreover, the Tigers are 6-1 ATS in their last seven games after an ATS loss. And 5-1 ATS in their last six games overall. As well as 6-2 ATS in their last eight playing a school with a winning SU record.

Unlike in the movies, in real life Ivy Leaguers are more often than not the underdogs. Yale, however, is giving the Ivy League a good name. The Bulldogs boast the Conference Player of the Year in Miye Oni. He averages 17.6 points and 6.3 rebounds per game. Oni is playing so well he may be gone to the NBA come next season. For the time being, though, he may be the key Yale needs to outlast LSU.

Pick: The general consensus appears to be that the Bulldogs will upset the Tigers. For example, “I think Yale will, no pun intended, outsmart LSU,” NCAA.com’s Andy Katz said, referencing LSU’s Javonte Smart. “No pun intended”? More like no pun made. Nonetheless, Katz has a point. Smart was involved in the recruiting scandal that has head coach Will Wade suspended indefinitely. Sportsbook site users may or may not interpret Wade’s absence from courtside as getting free points with Yale.