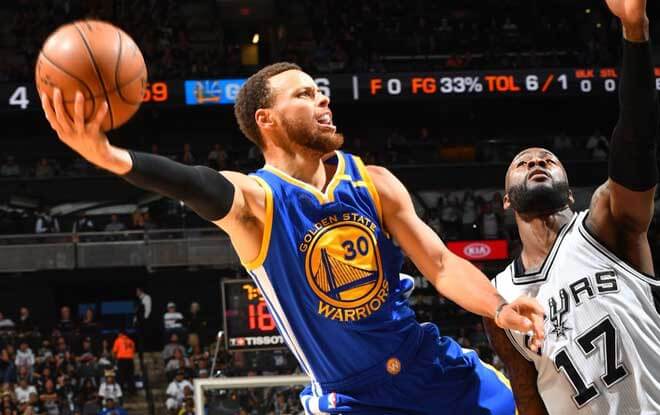 The best betting websites favor the Golden State Warriors by 12.5 points over the Oklahoma Thunder. What better way to tip-off the 2018-19 NBA season than with another retelling of the Cain and Abel feud. Except that Kevin Durant and Russell Westbrook weren’t actual brothers. More like brothers from different mothers. Also, they are not imaginary. Though the Westbeast might have to experience this new chapter in the rivalry by proxy. Through Dennis ‘Ricky’ Schroeder.

Sources say Westbrook has been making progress following arthroscopic surgery on his right knee. However, his status for Tuesday remains unclear. Should Westbrook not be cleared to play, head coach Billy Donovan will, barring any unforeseen event, start Schroeder. The German point guard tends to step up against the Dubs. He shot 47.3% against Golden State in two losses last season. And the season prior, he shot for 52.8% shooting and 45.5% from the three-point line for a 23.5 point per game average versus the Warriors.

They say familiarity breeds contempt. Westbrook and Paul George hope it breeds championships. After Carmelo Anthony left for the Houston Rockets, all signs pointed to George going on his own merry way to LA. PG put those concerns to rest by signing a four-year, $137 million deal in July. George averaged 21.9 points per game and 5.7 rebounds per game in 79 games last season. Apparently, PG is Westbrook’s new BFF after the Nicole Ritchie to his Paris Hilton left for California. However, Russell may be reduced to playing cheerleader on this one.

As in the best betting websites odds-boards, the Warriors sit atop this dude’s NBA power rankings. Which comes to show that it doesn’t take a genius to figure out the Warriors are once again the team to beat. “I’m still glowing,” Stephen ‘Mickey Mouse’ Curry said. “The glow won’t wear down until you get beat.” Sounds more like radioactive poisoning, but hey, maybe that’s the source of his powers. The Dubs are looking to be the first team to threepeat since the 2000-2002 Lakers