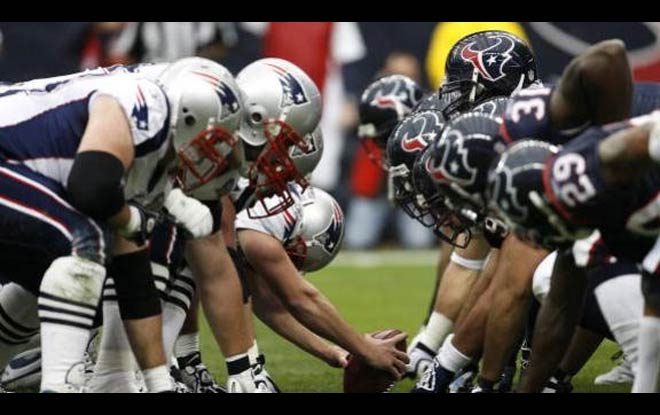 The New England Patriots have not necessarily exhibited an electrifying offense this season. But they have more than made up for it with a dominant defense. Will that be enough of a formula to beat the Houston Texans on the road?

The Texans have had their share of problems beating elite teams. That was evident two weeks ago as they lost 41-7 to the Baltimore Ravens. That game was an embarrassment. And maybe it’s a sign that they aren’t quite in a position to challenge the best yet.

They can put a feather in their cap with a win over the Pats. Game time on Sunday night from NRG Stadium is 8:20 PM ET. And BetAnySports patrons are fortunate in that they can watch the contest on NBC and place wagers in real-time through Sports Betting Ultra.

No Gronk – no problem?

There was speculation that future Hall of Fame tight end Rob Gronkowski might be interested in coming back and joining the Pats in this year’s push for a Super Bowl repeat. He had a deadline of Saturday to make that decision. And finally, he delivered a “negative” on that.

The Patriots are getting very little from the tight end spot. Ben Watson has only eleven catches. Ryan Izzo has six, but he is out with an injury. So it’s no surprise that the Pats might be seeking another option like Gronk.

The thing about New England is that they are always going to add another wrinkle. They’re going to scheme their offense a little differently, depending on their personnel. Houston coach Bill O’Brien was quick to point this out to reporters. He obviously knows Bill Belichick well from his years as a Patriots assistant.

So they don’t have tight ends. They’ll just use more of a punishing ground game. Or try to go downfield more with their receivers. Remember that they added Mohamed Sanu a few weeks ago.

Let’s take a look at the Sunday night football odds as they are posted on this game:

Remember that if you are interested in getting a better deal than the usual -110 you’d have to lay on football, then check out “reduced juice,” available at BetAnySports!

What can Houston’s offense offer?

With quarterback Deshaun Watson, the Texans have somebody with some of the same qualities of Lamar Jackson. That’s significant to mention because the Ravens carved up New England a little in a 17-point win. Watson has good numbers (69%, 20-7 TD-INT ratio). But he is hot-and-cold. And it might be less problematic for the Pats to contain him in the pocket than Jackson was.

As for the receivers, DeAndre Hopkins might be the guy Belichick double-teams. Then he may put Stephon Gilmore on deep threat Will Fuller. Carlos Hyde is going to be an important guy. He has averaged 4.8 yards a carry and constitutes the “workhorse” part of the run game.

The legend of the New England defense

What all those Houston weapons can do against New England’s defense is a big question. The Pats – if you can believe this – have allowed FOUR touchdown passes this year. And well, they have yielded just five rushing TD’s. They’ve intercepted 20 passes. They have allowed just 4.7 yards per pass attempt, as well as a total QB rating of 50.5. They are the stingiest team in the NFL in the red zone. It’s going to be quite a chore for Houston, no matter how talented Watson is.

Sometimes these games are won or lost on third down. While the Texans have allowed their opponents to convert 47.1% of their third downs, the Pats have limited foes to just 18.9% in that department.

It’s not outside the realm of possibility that New England can handcuff Watson and the Houston offense. And because the Pats have not been too explosive lately, this may lead us to the “under.” That’s where New England’s been in 16 of its last 20 regular season games.

BetAnySports has a great deal for you! It’s called “reduced juice,” and it offers better odds than the usual -110 you’ll lay on football……… If you’re the kind of person who likes a lot of action, you can get it with Sports Betting Ultra…….. When the games are over, take a break and go to the Lucky Live Dealer Casino for outstanding Asian games……… It’s easy to open up an account. Just use your debit or credit card, person-to-person transfers, or the virtual currency of Bitcoin, which is fast and easy with their automated system, and NEVER incurs a transaction fee!