Sportsbook Bets to Make on Panthers vs. Vikings NFL Week 14 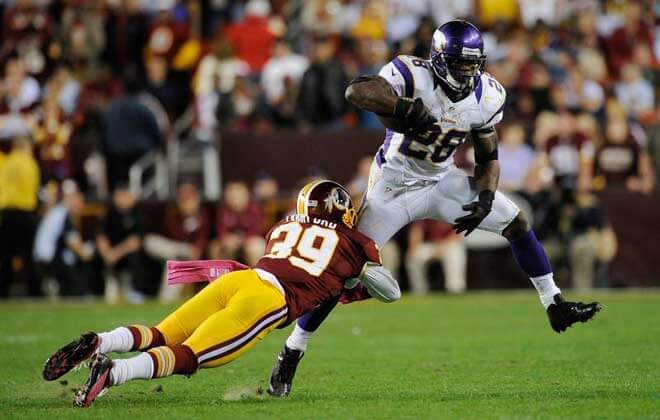 Players looking to place some sportsbook bets on this weekend’s NFL action have quite a deep menu to choose from. From the Chiefs taking on the Raiders, to the Rams and Eagles locking horns, there are plenty of thrilling matchups to choose from. One particular pairing worth looking over is this Sunday’s NFC matchup between the Minnesota Vikings and the Carolina Panthers. Both teams have been playing pretty great lately and with the Panthers fighting to keep their playoff hopes alive, there’s no question that this will be one of the best games of the Week 14. Which team are NFL gambling sites pegging as the favorite?

The Vikings charge into this Sunday’s NFC matchup sporting a 10-2 record that ranks them as the best team in the NFC North. The nearest threat Minnesota is facing in the division are the Lions and Packers, who are both tied at 6-6. With that in mind, it’s clear that the Vikings have built up a pretty comfy lead at the top of the division and aren’t at risk of being usurped, at least for the moment. Nevertheless, with the current record the Vikings are sitting on, Minnesota has a very real chance of snagging up the No. 1 seed in the NFC. Home field advantage is a huge plus, especially for a franchise vying to win their Super Bowl. The Vikings last stepped onto the gridiron to face the Atlanta Falcons in a 14-9 winning effort that marked the franchise’s 8th straight win.

Players who have been placing sportsbook bets the last couple of weeks have grown fond of backing the Vikings. Minnesota has one of the largest win streaks in the NFL and they keep getting the job done week in and week out. During their current win streak, the Vikings have beaten the Rams, the Packers and the Falcons. There are not too many teams that can beat the Vikings but the Panthers might be one of the few able to. The money line hasn’t come out just yet but early estimates have the Vikings pegged at around -150 odds. Alternatively, fans might want to consider backing Minnesota on the spread

The Panthers make their way into this Week 14 pairing flashing an 8-4 record that ranks the franchise 2nd in the NFC South behind the 9-3 New Orleans Saints. With two losses to the Saints on the year, Carolina has no hope of winning the South this season. However, the Panthers are currently in line to earn a playoff nod via a Wild Card berth. All Carolina needs to do to earn a spot in the 2017 playoffs is win the remaining 4 games of the season to ensure their postseason status. However, considering that the Panthers will be facing the Vikings, the Green Bay Packers, and the Atlanta Falcons during the final weeks of the season, it’s safe to say that that’s easier said than done.

The latest sportsbook news predicts that this game will go down to the wire. The Vikings have an extremely consistent offense but it will certainly be put to the test this weekend. Since the Panthers rank 10th in points allowed, 7th against the pass and 4th against the rush, there’s no guarantee that the Vikings offense will hit the ground running this weekend.