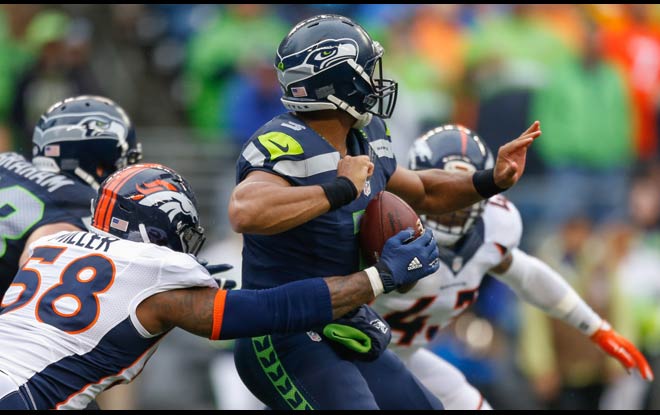 Gambling sites for NFL know that the Seattle Seahawks and the Denver Broncos are fixer-uppers. The three ‘Hawks Super Bowl teams (XL, XLVIII, XLIX) were known for their rushing offenses. But the Seahawks of the past couple of seasons have run as well as Oscar Pistorious without those leg thingies. Meanwhile, the Broncos have had one of the shoddiest offensive lines in the league in the last pair of seasons. Denver signed a very decent QB in Case Keenum. However, they could have Tom Brady under center, and it’d made no difference if they can’t protect him. Both franchises have taken steps to fix these situations. And both will put their fixes to the test against each other in Week 1 of the NFL regular season.

Seattle attempted to get the ground attack off the ground with running back Chris Carson. The ‘Hawks drafted Carson in the seventh round, 249th overall, in the 2017 NFL Draft. Carson earned a starting spot in Week 3 but broke his ankle in Week 4, missing the rest of the season. He finished with 208 rushing yards and seven receptions for 59 receiving yards and a receiving touchdown.

The good news is that Carson is up and running once again. “He’s just worked so hard and so well conditioned and so strong that he really, he’s tearing it up and so we’re real excited about it,” head coach Pete ‘Lewis’ Carroll said. “Where we left off, he was just getting going last year and I think he would’ve been a very impacting football player on our team and we missed him terribly but he’s picked up and he’s way ahead of where he was.” Carroll added that “Chris has known, from the day that we first connected with him prior to the draft last year, my interest in him.” How romantic. That interest doesn’t guarantee a starting spot, though. The Seahawks drafted running back Rashaad Penny with the 27th overall pick in the first round of the 2018 NFL Draft. You know what that means. It’s on like Donkey Kong! And we’d not be surprised if Rashaad kept turning up. You know, like a bad penny.

The Broncos went a different route in addressing their shortcomings. Instead of getting new personnel on the field, they got new personnel in the sidelines. (With the exception of right tackle Jared Veldheer). Denver sacked offensive line coach Jeff Davidson. Which is fitting considering all the sacks his O-line allowed. Ooh, snap! The Broncos hired Sean Kugler to coach guards and centers. And promoted Chris Strausser from O-line assistant to coaching offensive tackles with Kugler. Defensive end Derek Wolfe has already sensed a change for the better. “I think their coaching is really good this year,” he said. “[With their] technique, they’re doing things that I haven’t seen before. It’s making us better. So I’m happy about it.” Gambling sites for NFL are happy as well. They favor Denver by 2.5 points against Seattle.