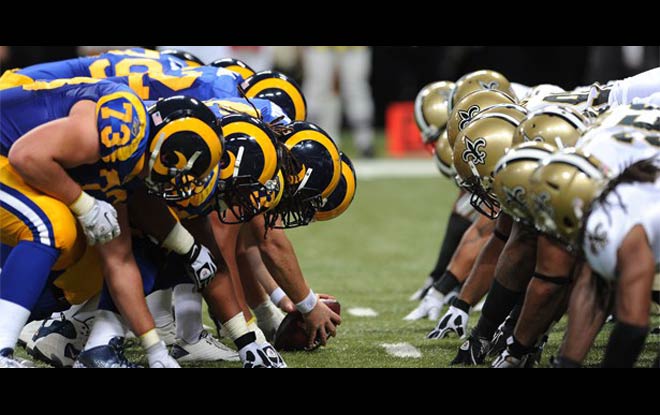 The Los Angeles Rams are 2.5-points road favorites against the New Orleans Saints, according to online betting USA establishments. This matchup could give the best online sportsbooks an inkling of what the NFC title game will be like. It will also be a clash between two students of the game. “I am a huge fan of Sean’s and I have gotten to know him and have a ton of respect for what he has done going on his second year,” Saints head coach Sean Payton said of his namesake and colleague Sean McVay. “They’re a must-watch team.”

The Rams head coach responded in kind. “I look at their tape every week, see what they’re doing,” McVay said. “I also appreciate the aggressive nature that coach Payton comes after people. That mindset of never being afraid to fail and always attacking is something that we try to do. It demonstrates a confidence and belief in your players.”

The Rams have the best ground attack in the league. And their defense ranks No. 7 in sacks. Needless to say they excel on both sides of the ball. As far as online betting USA trends, the Rams are 11-1 SU in their last 12 on the road. Those 11 wins have come by an average margin of 14.5 points. The Rams beat the Saints SU and ATS last season.

The Saints are good at the run and at defending the run. Running backs Alvin Kamara and Mark Ingram have rushed for more than 2400 yards. Meanwhile, the defense allows fewer than 75 yards per game.

Drew Brees is the least sacked QB in the NFL. Additionally, he has the highest completion percentage in the league. The Saints have won 10 of their last 12 home games.