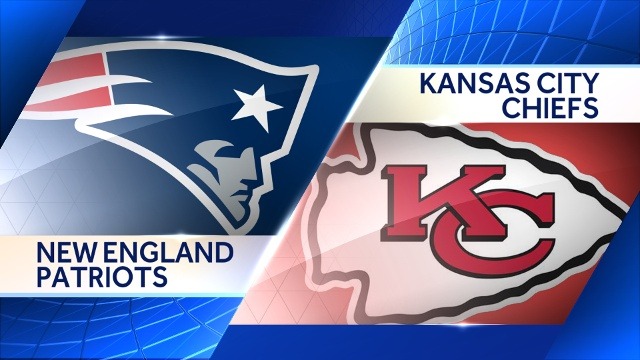 The sports gambling online spread says the New England Patriots are 3.5-point home faves over the Kansas City Chiefs. The best online sportsbooks know that the Pats are the only team capable of stopping the Chiefs. And should New England fail, Kansas City might just never be an underdog again for the rest of the season. As a matter of fact, it could be the Chiefs’ launching pad toward the Super Bowl. Either way, it’ll be a sight to see; the present of quarterbacking versus its future. The greatest of all time and the rookie sensation. Face to face. Mano-a-mano. Well, not exactly. Obviously they will not be on the field at the same time. But you get the idea. Patrick Mahomes II meets Tom Brady. Much more exciting than Brady vs. Alex Smith.

The Chiefs are 3-0 SU and ATS on the road this season. And though it pains me to recall it, Kansas City did beat New England 42-27 last time they met. And that was with short-armed Smith under center. One shudders speculating about what ‘Long Arm of the Law’ Mahomes could have done in his stead.

The Pats are 10-3-1 against the sports gambling online spread following a Thursday Night game. A game, may I add, which they won SU and ATS. Though many people thought 10 points against the Colts was too much to cover. Shows what they know. This will be the Pats’ third straight home. Teams playing their third home game in a row are 31-16-2 ATS in the last three seasons. Additionally, the Patriots are 3-0 SU and ATS at Foxboro this season. Furthermore, New England is 10-0 SU and 9-1 ATS in their last 10 home games. A period during which they have won by an average margin of 16 points. Finally, the Pats’ 23-7-3 ATS record in their last 33 at home yields a coverage percentage of 76. Not too shabby, huh?