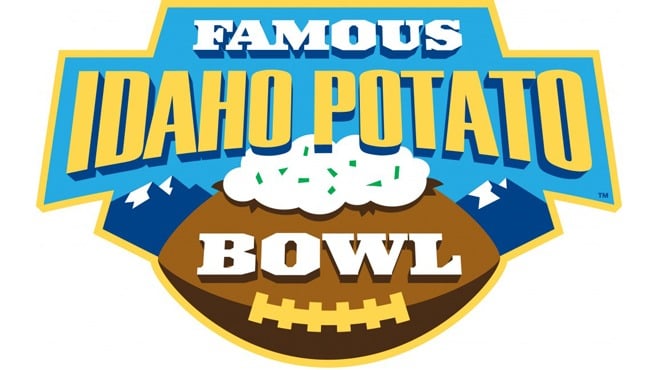 The best offshore sportsbooks for US players favor the Ohio Bobcats by eight points over the Nevada Wolf Pack, as the spread goes for the 2020 Famous Idaho Potato Bowl on January 3, with kickoff scheduled for 3:30 p.m. EST, at Albertsons Stadium in Boise.

The Bobcats enter the game with a 6-6 record (5-3 in conference). As well as 4-8 ATS, according to the best online sportsbooks. Ohio finished in a three-way tie for second place in the MAC East Division. After a 2-4 start, the Bobcats won four of their remaining six games to gain bowl eligibility. This is the Bobcats’ second appearance in the Potato Bowl. The 2011 team won that season’s edition over Utah State, 24-23.

The Bobcats won their last two games of the regular season in a convincing manner over Bowling Green and Akron. They outscored those two teams by a total score of 118-27. Ohio’s .500 record is somewhat deceptive because their six losses were by a combined total of only 41 points. The Bobcats have become accustomed to bowl recently. They won the 2017 Bahamas bowl and the 2018 Frisco Bowl. This will also mark the second straight bowl game against a Mountain West Conference school. They shut out San Diego State 27-0 last December in the Frisco Bowl.

Senior quarterback Nathan Rourke has a 61.4 percent completion rate, 2,676 passing yards, 20 touchdowns, and five picks. Rourke will face a Nevada secondary that is allowing 259.8 passing yards per game. O’Shaan Allison and De’Montre Tuggle have combined for 1,370 rushing yards and 16 touchdowns this season. On defense, safety Javon Hagan is Ohio’s best playmaker. He is one tackle short of 100. However, the Bobcats allow 177.8 rushing yards per game as well as 4.8 yards per carry.

The Pack enters the game with a 7-5 record (4-4 in conference play). They also went 5-6-1 ATS, according to the best offshore sportsbooks for US players. Nevada finished in third place in the Mountain West West Division. The Wolf Pack went 1-1 against ranked FBS teams. They defeated San Diego State and lost to Oregon. This is Nevada’s third Famous Idaho Potato Bowl. The Pack are looking their first win in the bowl following losses in the 2006 MPC Computers Bowl (to Miami of Florida). And the 2008 Humanitarian Bowl (to Maryland). This was of course when the bowl was played under other, different names.

The Pack lost their regular season-closing game, and their tempers too. Postgame extracurriculars led to the suspensions of safety Austin Arnold (two games). Cornerback Daniel Brown and defensive tackle Hausia Sekona (one game). And linebacker Gabriel Sewell (one half).

Redshirt freshman quarterback Carson Strong completed 100 of 151 passes for 957 yards in November. Elijah Cooks leads Nevada with 62 catches, 729 yards, and seven TDs. He and Romeo Doubs will need go up against an Ohio defense that has allowed 223.8 passing yards per game.

The only thing worse than too many cooks in the kitchen is too many interim cooks. Or coaches, as the case may be. Nevada has not one, not two, but three interim coaches on the defensive side of the ball. This after head coach Jay Norvell dismissed defensive coordinator Jeff Casteel, secondary coach David Lockwood, and safeties coach Mike Chamoures. Add that to the aforementioned suspensions, and the Wolf Pack doesn’t stand a chance.