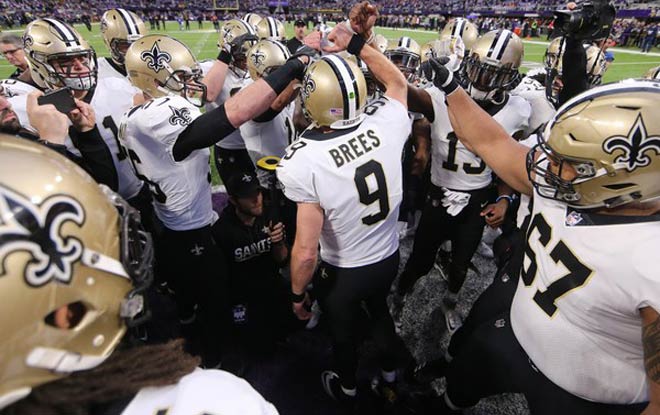 The New Orleans Saints 2017 rookie class propelled the team to the upper echelons of gambling sites for NFL. Running back Alvin Kamara was named Offensive Rookie of the Year. As was Marshon Lattimore on the defensive side of things. That’s the first since 1967 that two rookies from the same team win offensive and defensive ROTY. And second, both Ryan Ramczyk and Marcus Williams hit the ground running. Ramczyk became the first Saints’ rookie to start at left tackle in the season opening game since Jim Dombrowski in 1986. Ramczyk then changed lanes to right tackle and started 12 games in that position. He was named to the PFWA All-Rookie Team.

Meanwhile, Williams started 15 games. He finished his rookie season with 73 combined tackles (59 solo), seven pass deflections, and four interceptions. Pro Football Focus gave Williams an overall grade of 86.8. PFF ranked him 11th of all qualified safeties in 2017. However, his last play of the season was epic fail that came to be known as the Minneapolis Miracle. D’oh!

The Saints expect to catch lightning in a bottle with this season’s rookie class. First New Orleans drafted defensive end Marcus Davenport as the 14th pick in the first round of the 2018 draft. Davenport was the 2017 Conference USA Defensive Player of the Year with 55 tackles and 8.5 sacks. Second, they signed wide receiver Cam Meredith from the Chicago Bears. While not quite a rookie, Meredith is just 26 years old and full of potential. Finally, the Saints drafted Boston Scott as the 201st pick in the sixth round of the draft. New Orleans hopes these younglins will help improve the team’s odds at gambling sites for NFL.

At Atlanta Falcons. The Saints split their 2017 season with the Falcons, including a 17-20 loss in Atlanta.

At New York Giants. New Orleans have lost their last on the road against the Giants, in 2012 and 2016.

At Baltimore Ravens. The Saints have won only one of six meeting with the Ravens, in Baltimore in 2002.

At Minnesota Vikings. A rematch of the NFC Divisional playoff game from earlier this year, which the Saints lost 24-29 in Minnesota.

At Cincinnati Bengals. The Saints have lost two of the last three trips to Cinci, the last of which occurred in 2010.

At Dallas Cowboys. New Orleans have won four of their last five visits to Dallas.

At Tampa Bay Buccaneers. The Saints split their 2017 series with the Bucs, including a 24-31 loss in Tampa.

At Carolina Panthers. A rematch of the NFC Wild Card game from earlier this year, which the Saints won 31-26.