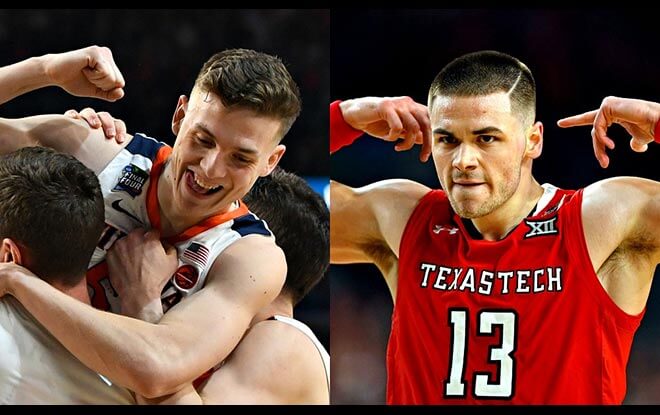 The Virginia Cavaliers are going to live and die with defense. It’s a very simple credo, laid out by coach Tony Bennett. They are system-oriented, and they’ll take that system into battle on Monday night. At stake is the NCAA Championship, with the Texas Tech Red Raiders serving as the opposition. Game time is 9 PM ET at the U.S. Bank Stadium in Minneapolis.

Remember that if you’re a BetAnySports customer, you’re the big winner on Monday night. That’s because you can take advantage of reduced juice for better value in the odds. And there’s Live Betting Ultra, which enables real-time wagering.

Bennett’s father Dick originated something called the Pack Line defense when coaching at Wisconsin-Green Bay. The primary intention is to thwart dribble penetration, but it doesn’t stop there. By positioning off-ball defenders a couple of feet inside the arc, they can also close out on three-point shooters. As a result, the Cavs make it tough to shoot from anywhere. They are currently ranked 22nd against two-pointers and third against triples.

That is going to mean something big against a Texas Tech team that isn’t necessarily deadly from either distance. This is important to keep in mind. What’s also important is that Virginia makes its opponents work for a shot as much as anybody. In fact, only eight teams in the country force opponents to take up more of the shot clock.

How does some of this work in their favor? We’ll explore that.

In the NCAA Championship betting odds at BetAnySports, the Cavaliers are favored:

Virginia tries to frustrate on both ends of the floor. Because it is very difficult to penetrate inside, kick-outs are difficult too. And that means some teams just bring it down the floor and pass it around the perimeter. The Cavs will let you do that. But if they know a team is dedicated to throwing up triples, they might “cheat” a little. They did some against Auburn, moving up beyond the arc to challenge potential shooters.

Texas Tech isn’t Auburn (Saturday’s foe) in the respect that they don’t take half their shots from downtown. But they aren’t as accurate from out there either. And Tariq Owens, their center, isn’t bulky enough to bang it out on the inside. What they will have to do is get very dynamic guard play. Do they have that in them?

And who’s going to make more mistakes to send the ball back the other way? Virginia is one of the most sure-handed teams in the nation. But Texas Tech is more middle-of-the-pack in offensive turnover percentage. Can they match Virginia’s patience level?

And you should not forget that this might be Bennett’s best offensive team at Virginia. In fact, they are third best in the country in offensive efficiency. With better than 39% accuracy beyond the arc, they have a genuine weapon. They’ll have a real chance at exploiting some of Texas Tech’s man-to-man schemes.

But they will have to do that with great execution. And maybe a twist or two out of the ordinary. What was interesting about the Cavs was that they were able to tame some explosive sides. But Texas Tech does not run up and down the court. They take up an average of more than 18 seconds per possession. This could play into Virginia’s hands.

Maybe it comes down to who plays better in the slow, deliberate game. And it’s hard to do that much better than Tony Bennett’s Cavaliers.

BetAnySports makes you the big winner in the NCAA Championship game. Get reduced juice to avoid the 11-to-10 on the basketball “vig.” Then access Live Betting Ultra for real-time wagering……. Deposits are a pleasure. You can use your Visa card. You can do person-to-person transfers. Or you can use Bitcoin, the virtual currency where you don’t pay ANY transaction fees!