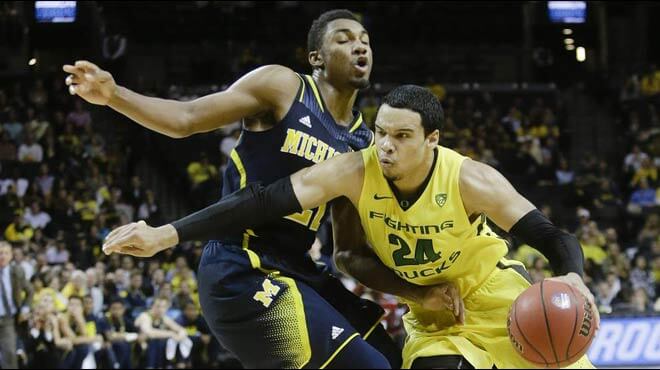 The Michigan Wolverines are 15-point favorites over the Montana Grizzlies, sayeth legal betting sites, in the NCAA tournament first round. Michigan posted a 28-6 record this season (15-5 in Big Ten play). In addition, the Wolvies finished 19-15 ATS according to the best online sportsbooks. Michigan lost to rival Michigan State 60-65 in the Big Ten championship game as 1.5-point chalk. The Grizzlies won 26 games and lost eight this season (16-4 in Big Sky play). Montana won both the Big Sky regular season and tournament. In the latter of which they beat Eastern Washington 68-62 as six-point favorites.

The Wolverines are accustomed to deep runs in the NCAA tourney. They are 16-5 SU in their last 21 tournament games. Michigan also is 5-0 ATS in their last five games following an ATS loss. And 14-3 ATS in their last 17 games after a straight up loss. Big Ten Freshman of the Year Iggy ‘Pop’ Brazdeikis led the losing effort against MSU. He 19 points and six rebounds. Iggy averages 14.9 points and 5.3 rebounds per game.

The Wolvies were dominated by the Spartans in the last stretch of the season. But what doesn’t kill you makes you stronger, right? “It’s about whether we bounce back [from the latest loss] or not. I believe we’re a strong team,” Isaiah Livers said. “I believe we’ll bounce back.” Jon Teske added, “We’re right there,” he says. “We can play with anybody in the country. … If we take care of the ball, we’ll be fine.”

This will be the Grizzlies 12th appearance in the NCAA tournament. They will be shooting for their first win in the tourney since 2006. Montana has not been the worse for wear from senior Jamar Akoh’s absence. As a matter of fact, senior guard Ahmaad Rorie has made the most of the situation. Rorie is averaging 14.8 points over his last 11 games. Including a career-best 28 points against Weber State.

Though it bears no relevance on the outcome, the Grizzlies have one of the most animated benches in college hoops. Those who don’t play, celebrate. “We got to get something going,” redshirt freshman Kelby Kramer said. “We’re going to be very excited. It’s going to be high-energy. The whole nation is going to be watching.” From each according to his ability, and to each according to his needs, right? “I feel like the bench energy is a pretty big factor as to why we win,” freshman Eddy Egun added. “I feel like if you have no energy on the bench, our players won’t play as hard as they do.” If you say so.

Pick: Montana has revenge in their collective minds. The Wolvies eliminated the Grizzlies last year in the first round, 61-47. According to legal betting sites, Michigan covered a 10.5-point spread on that occasion. While Montana may not be able get full payback, but they could exact some measure of revenge. By which I mean the Grizzlies will still lose straight-up but manage to cover the point spread. Which is a moral victory. Baby steps, guys. Baby steps.