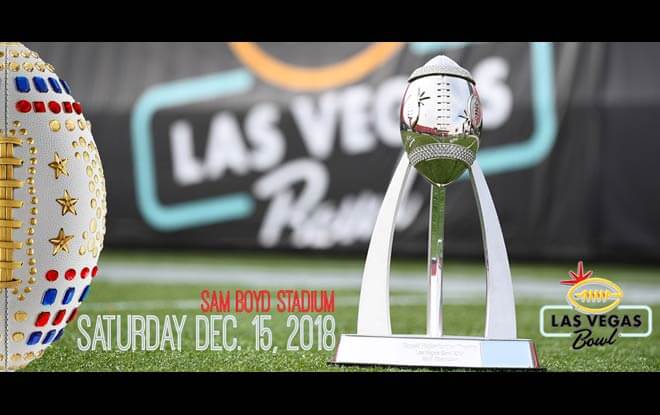 The best sport betting sites favor the Fresno State Bulldogs by 4 points over the Arizona State Sun Devils. The Bulldogs were the Mountain West conference’s West Division champions with an 11-2 record (7-1 in conference play). Fresno State also went 9-4 ATS during the regular season. The Bulldogs beat Boise State 19-16 in the Mountain West championship game. According to the best online sportsbooks, they were 1.5-point road dogs in that one. This will be Fresno State’s second straight bowl appearance under head coach Jeff Tedford, and third Las Vegas Bowl.

Arizona State finished second in the Pac 12’s South division with a 7-5 record (5-4 in conference play). In addition, the Sun Devils had a 7-5 ATS record this season. Their final game of the regular season was a 41-40 win over Arizona as 1.5-point road favorites. This will be their third straight bowl appearance since 2016. It’ll also be their second time playing a bowl game in Las Vegas.

Receivers N’Keal Harry and Kyle Williams have 1,520 receiving yards and 10 touchdowns between the two. However, the former will skip the Las Vegas Bowl. “He’s one of those guys who you have to find ways to get him the ball,” head coach Herm ‘The Herminator’ Edwards said. “I felt like [offensive coordinator] Rob Likens did a great job of moving him around, whether it was moving him inside or outside. In the big moments, he came up with big plays. You need a play and he makes one that ignites the team. He catches it at moments of big games and when the momentum needed to be switched, he made those plays. That’s the kind of guy he is.” Or rather, the kind of guy he was.” Starting QB Manny Wilkins will have to rely on Williams and Frank Darby. Or just give ‘Brian’ Eno Benjamin the ball.

Per the best sport betting sites, the Sun Devils have covered each of their last five games as an underdog of at least three points.

The Bulldogs have the added motivation that this could be their first 12-win season ever. Starting QB Marcus McMaryion has 25 TDs and just three picks on 3453 passing yards. KeeSean Johnson and Jared Rice have a combined 11 TDs on 1931 receiving yards. And Ronnie Rivers has eight rushing TDs on 531 grounds on the yard.

According to the best sport betting sites, the Bulldogs have covered nine of their last 11 games as a favorite of at least three points.

Our Prediction: ASU’s offense is neither very good nor very bad. And definitely not one to blow other teams out of the water. Conversely, FSU’s defense is almost airtight. The Bulldogs rank No. 2 in the country in points allowed per game (13.7). With their ability to keep points off the board, FSU should be able to cover the point spread.