Kent State vs. Clemson Odds and Sportsbook Bets Worth Making 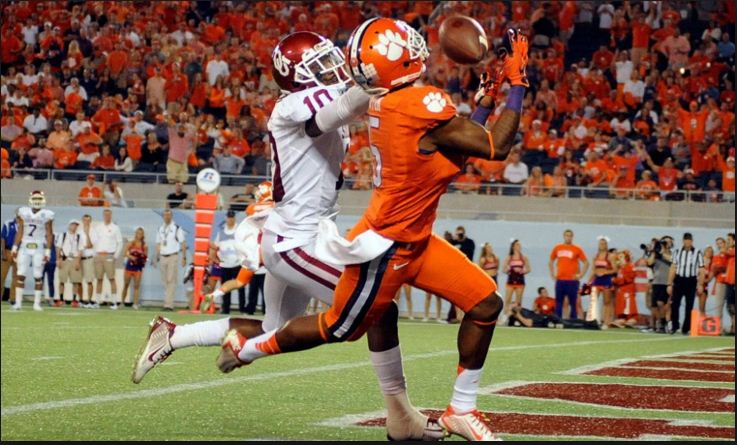 The college football betting season has officially commenced. Naturally, this means that now is the time to flock to the top sportsbook sites on the web, in order to be able to enjoy this year’s betting season as much as possible. One bookmaker worth checking out is TopBet, who is offering some of the best sign up bonuses on the planet for betting fans who are still relatively new to the scene. With that in mind, let’s check out the lucrative action TopBet has available for this weekend’s contest between the Kent State Golden Flashes and the reigning national champions.

The Kent State Golden Flashes haven’t had a winning season since the 2012 season. The program was hopeful that they could put an end to that losing streak last season, but the Golden Flashes ended up doing the opposite. Kent State finished the 2016 season with a 3-9 record (2-6 in Mid-American Conference play) that gave way to a penultimate finish in the East Division. The Golden Flashes faced Northern Illinois in the final game of the season, but suffered a 21-31 loss that let their fans sigh a sign of relief – happy that the abysmal season was finally over.

What more needs to be said about Clemson’s 2016 season? After coming up short in the NCAA championship match to the Alabama Crimson Tide the year before, the Tigers were ready to take their revenge out on the nation – and that they did. Clemson would go on to finish the season with a nearly unblemished record of 14-1 (7-1 in ACC play). Obviously, Clemson finished 1st in the Atlantic Division, earning an invitation to the ACC Championship match. Once there, the Tigers picked up a strong 42-35 win over No. 19 Virginia Tech.

Naturally, Clemson received an invitation to the college football playoffs. In the first round, the Tigers squared off against No. 3 Ohio State. The Buckeyes gave it all they had but ended up getting shutout 31-0. Afterwards, Clemson finally got their rematch against Alabama.

The 2017 college football championship more than lived up to fans’ expectations. After a wild back-and-forth, the Tigers – led by none other than quarterback Deshaun Watson, were able to avenge their loss the year before 35-31, becoming the new FBS champions.

Sportsbook Bets worth Making: Since US online sportsbooks have yet to come out with the money line on this contest, fans won’t know 100% which is the best bet worth making – at least not yet. However, accounting for last season’s results, it stands to reason that US online sportsbooks will drastically favor the reigning champion over the lowly Golden Flashes. With that in mind, it’s clear that bettors should stick to the money or totals line on this one.