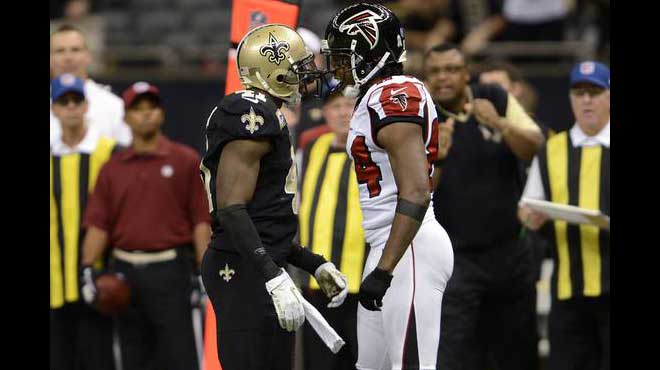 The Atlanta Falcons are sports gambling online favorites over the New Orleans Saints by a field-goal. This will be the 99th overall meeting between these two bitter rivals. “A traditional rivalry, perhaps the most spirited in all of professional football, was born Sunday afternoon in the Sugar Bowl following one of the most nerve-wracking, controversial and surprising hours in the 1967 National Football League season,” Atlanta Journal reporter Bob Hertzel wrote about the very first encounter in the now newly-christened Mercedes Benz Bowl. The enmity between Saints and Falcons hasn’t waned a bit ever since. And this Sunday we’re bound to bear witness to a veritable shootout. Especially with veteran gunslingers Drew Brees and Matt Ryan on the gridiron. No wonder the best offshore sportsbooks have set the total at 54 points.

The Saints are very lucky they are not 0-2 SU as they are ATS. Against Cleveland, wide receivers Michael Thomas and Ted Ginn Jr. fumbled at the most inopportune times. And the Browns pretty much allowed New Orleans to steal the win. Cleveland kicker Zane Gonzalez missed a field goal when the Browns had the Saints dead to rights. Breesus was solid as ever, going 28 of 35 for 243 yards with a touchdown and no picks.

Defensively, New Orleans allowed 521 total yards to the Tampa Bay Buccaneers and 327 to the Browns. That’s improvement only by comparison.

Running back Tevin Coleman had 107 yards on 16 carries versus the Panthers in the absence of Devonta Freeman. Coleman will start again against the Saints. Matt Ryan’s went 23 of 28 for 272 yards with a touchdown and one pick. Additionally, Matty Ice scored two rushing TDs.