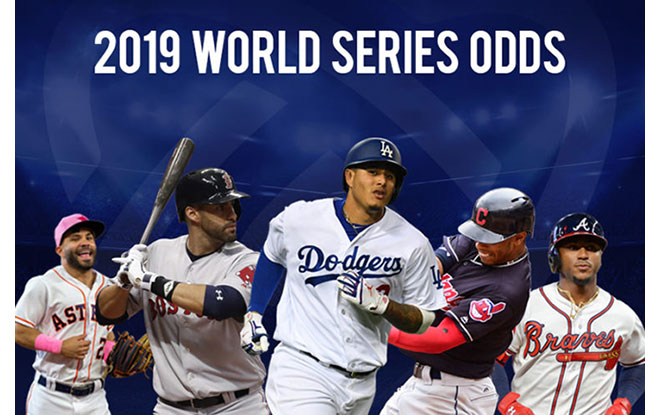 Sometimes, sports gambling online is sort of like a fairy tale. Mark Twain wrote about a Yankee in King Arthur’s Court. And King Arthur is The Once and Future King of Britannia, said T.E. White. And verily, the legendary inscription on Arthur’s tomb could apply to the New York Yankees as well. (Hic iacet Arthurus, rex quondam, rexque futurus, in case you were wondering). Because, according to the best online sportsbooks, the Bronx Bombers are the early favorites to win the 2019 World Series.

The 2018 Yanks won 100 games for the first time since 2009. They finished second in the American League East Division and clinched a wild card berth. The Yankees defeated the Oakland A’s in the playoffs but were swept by the Boston Red Sox in the Division Series. The Bombers lived and died by the home run last season. As a matter of fact, the Yankees set a new record for most single season homers. And Aaron Judge is confident the ball will spend even more time out than inside parks in their 2019 games.

Odds of winning the 2019 World Series from GTBets.eu:

“You get this whole team healthy, we’re going to crush the record that we set last year. We’ve got a good team, a lot of guys that could make a lot of solid-contact and a lot of big boys that when they make contact, man, it goes. We’re a team that’s primed and ready to do that,” the outfielder said. And speaking of healthy, Luis Severino. As a pitcher, he’s not expected to hit many home runs. But he was expected to be on the mound on opening day. However, an inflamed rotator cuff may prevent that from happening.

Odds of winning the 2019 World Series from MyBookie.ag:

Sports gambling online is not a democracy, though. Every website has a right to differ. And to some, it’s a two-, or even a three-horse race. Including the Houston Astros and the Boston Red Sox. The Astros entered 2018 as the reigning, defending World Series Champions. Houston won a second straight, and second overall, American League West Division title. But like the Yankees, the Astros also lost to the BoSox, 1-4 in the AL Championship Game.

And now that we mention the Red Sox, let’s talk about them. Boston is obviously the current World Series Champion. The 2018 BoSox were a winning machine. They were the first team to tally 100 wins during the 2018 season. They were also the first to clinch a berth in the playoffs. They set a new franchise record for wins in a season. And won the most games by any MLB team since the 2001 Seattle Mariners won 116.

Odds of winning the 2019 World Series from Intertops.eu:

The LA Dodgers seem to be the National League’s best hope for World Series glory. Or rather to make it to the World Series. And then lose. Which they have done in the past two seasons. The Dodgers lost the 2017 World Series 3-4 to the Houston Astros. And then the 2018 World Series 1-4 to the Red Sox.

Prediction: In sports gambling online, they say that the third time’s the charm. We say that the Dodgers will reach the World Series for a third consecutive time. And finally win it for the first time since 1988.