Eagles Favorites for Betting over the Cowboys on NFL Week 10 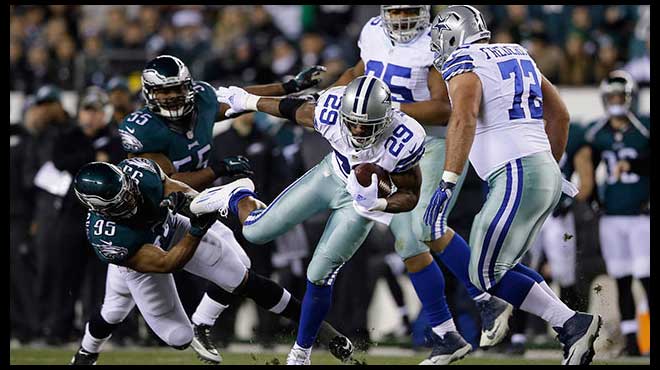 The USA betting sites favor the Philadelphia Eagles by 7.5 points over the Dallas Cowboys. And it stands to reason that the best online sportsbooks would favor the Eagles. Not because Philly is the Super Bowl champion. Because at 4-4 the Eagles are surely not looking like it. And also not because Carson Wentz is a top 5 QB. He may or may not be but that’s beside the point. The real reason is that Cowboys just lost to the Titans 14-28 as 4.5-point home faves. Sure, that’s just one game. But it was a should-win game. Since the Boys didn’t get the job done, the Eagles game is now must-win.

“Pissed off Monday night after the game,” linebacker Jaylon Smith said. “Tuesday morning (as well). Pissed off now. Coming off a loss you want to get a victory. I heard (running back Ezekiel Elliott) Zeke mention that this is a must-win game. It is. I would agree with him. Being a divisional rival game, going up there to Philly. It’s something we’re looking forward to.” Well, at least it’s always better to be pissed off than pissed on.

Per the USA betting sites, the Cowboys are 5-1 ATS in their last six trips to Philadelphia. In addition to that, the visiting team is 10-3 ATS in the last 13 Cowboys-Eagles games.

The favorite is 5-0 ATS in the last six games between these two teams. Nonetheless, the Eagles are 0-4 ATS in their last four as faves of at least five points.