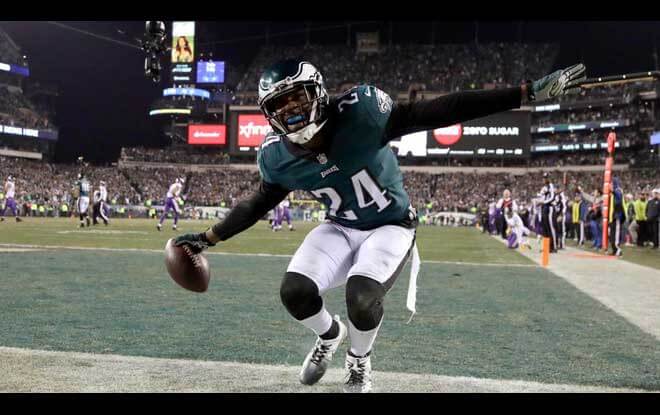 The best betting sites for US players are favoring the Philadelphia Eagles over the Tampa Bay Buccaneers by a field goal. Many experts at the best online sportsbooks believed Nick Foles would crap the bed in the season opener. However, the Super Bowl MVP led the Eagles to an 18-12 SU and ATS win against the Atlanta Falcons. Or at least managed not to lose the game. The lion’s share of the credit should go to the defense. Philly’s secondary is so good it makes watching game film entertaining.

“I think the thing that you see right away when you turn on the tape of this defense is they play so fast, flying around, having fun,” Bucs interim QB Ryan Fitzpatrick said. “They have a swagger about them and it shows up even on the player tape we watch, the coach’s tape. This is a defense you love watching play and hate to go against because of how fast and physical they are.”

Nick Foles will start again on Sunday. Only Nathan Peterman/Josh Allen threw for fewer yards. That’s some pretty lousy company. Philly is 71-75-2 against the best sports betting sites spread when their QB passes for fewer than 200 yards. So it could go either way.

No. 1 running back Peyton Barber had 69 yards on 19 carries. He could have even fewer against a run defense that held Devonta Freeman and Tevin Coleman to 55 yards on 15 carries. The Buccaneers are 23-102 SU and 30-91-4 ATS when rushing for fewer than 80 yards.