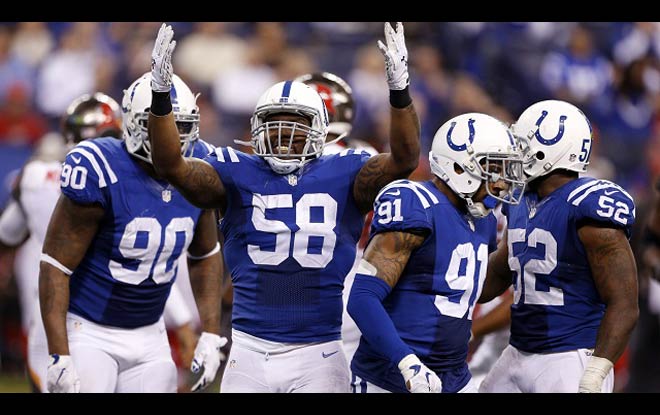 The offshore gambling sites odds favor the Washington Redskins by a touchdown against the Indianapolis Colts. The Skins have the best online sportsbooks odds in their favor, but not history. Washington has not started the regular season 2-0 since 2011. The Redskins upset the Arizona Cardinals 24-6 as two-point road dogs. Maybe hurricane Florence is not the only force of nature against which Indy will go this weekend. Like a hurricane, the sky is the limit for Washington. At least according to the reborn Adrian Peterson. ““Alex [Smith] is doing a great job of running the offense, and for the past couple of weeks I’ve seen these receivers really go out at practice and grind,” he said. Meanwhile, the Colts lost SU and ATS 34-23 to the Bengals as one-point underdogs.

The returning Andrew Luck completed 39 of 53 passes for 319 yards and two touchdowns. But now that their passing game is sort of back, the Colts need to worry about the ground attack. Indy gained just 75 rushing yards. The Colts are 66-98 straight up and 59-104-1 against the sports gambling online spread when they rush for 90 or fewer yards in a game since 1995. Running back Marlon Mack could be back on Sunday. But then he only averaged 3.8 yards per carry in 2017.

Veteran running back Adrian Peterson had 96 yards on 26 carries and 70 yards on two catches. The Colts allowed Joe Mixon 95 yards on 17 carries and 54 yards on five receptions. Peterson is obviously not as young as Mixon. However, he does have the savvy that only experience provides. Peterson knows how to make the most of a defense in shambles. And that is exactly what Indy’s secondary is.

Starting QB Alex Smith 21 of 30 for 255 yards. He connected with seven different targets, including running back Chris Thompson. Like Mixon, Thompson could have a big day against the Colts.

In sports gambling online terms, the Skins are 30-22-1 ATS when their quarterback passes for 300 or more yards. And Smith will have to pass the ball more, because after all, Peterson is no spring chicken.