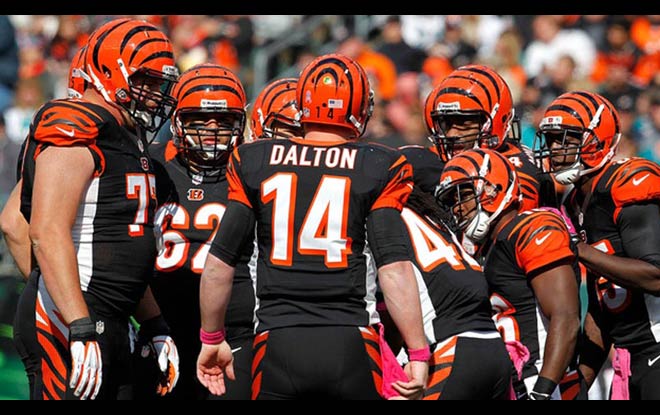 Some say that the Cincinnati Bengals are underrated, but NFL gambling sites, like hips, don’t lie. But let’s hear them out for the sake of argument. They say, and I quote, “Last season’s miserable performance largely rested on two mistakes along the offensive line and injuries to a top-10 pick and key faces like Tyler Eifert.” Well, if your O-line is prone to making mistakes, then maybe ranking it 26th of 32 is not underrating it. But I’m getting ahead of myself. Pro Football Focus ranked Cinci’s offensive line that low. And they did so even after the Bengals added Cordy Glenn and Billy Price. “For as much of an upgrade as Glenn will be, there is no certainty Price will be the same,” PFF says, adding that Price “struggled in pass protection with 13 pressures allowed last season.”

These odds were taken from Intertops.eu sportsbook, a prince among NFL gambling sites.

Let’s talk Eifert now. It’s true that he played just two games last season due to injury. As a result he posted only 46 yards on four receptions. Now, if this were the exception and not the norm, then NFL gambling sites might agree the Bengals are underrated. However, Eifert has never played an entire season in five years as a pro. He played just eight games in 2016, and only one in 2014. He has undergone back-to-back surgeries in 2016 and 2017. In other words, if your star players are injury-prone, then maybe you’re not really being underrated. And even if you are, the burden of proof is on your side. Prove us wrong.

At Indianapolis Colts. The Bengals have not beat the Colts on the road in a decade. They have lost their last eight straight in Indy.

At Carolina Panthers. Cinci are 1-2 in Carolina. Their last visit took place in 2010.

At Atlanta Falcons. The Bengals are 3-3 in Atlanta between their first game in 1975 and their most recent in 2010.

At Kansas City Chiefs. Cinci have lost three of their last five trips to KC, the last meeting taking place in 2012.

At Baltimore Ravens. The Bengals have won three of their last four games in Baltimore, as recently as last season.

At Cleveland Browns. The Bengals have defeated the Browns in Cleveland four times in the past four years.

At Pittsburgh Steelers. Cincinnati have lost four out of their last five playing in Pittsburgh.