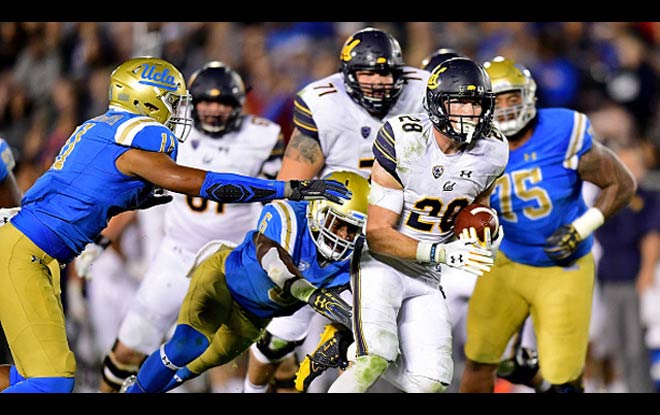 The best online sportsbooks spread favors the California Golden Bears by 7 points over the UCLA Bruins. UCLA and Cal have one thing in common. They are both 0-2 in Pac 12 play. The difference is that while the Bears are 3-2, the Bruins are 0-5. UCLA came close to etching their first win of the season on the books. However, their late come- didn’t go all the way to –back, and they fell 24-31 to N0. 10 Washington Huskies. Still, UCLA gained 422 total yards on Washington. That’s an improvement of almost 100 yards compared to their season average. Of course, there is always the possibility that this was a so-called trap game for Washington. The Huskies may indeed have been looking past the Bruins and into Oregon. UCLA has won five of the last seven meetings in this rivalry.

Starting QB Dorian Thompson-Robinson went 27-of-38 passing for 272 yards and two touchdowns against Washington. Meanwhile, running back Joshua Kelley ran for 116 yards and one TD on 27 carries. That was Kelley’s second straight 100-yard rusher. Ha. At least one guy with the last name Kelly is delivering at California-Los Angeles. This QB/RB tandem is the Bruins best hope of covering the online betting sports spread. Especially considering UCLA’s defense has yielded 182 points so far in the season.

“We didn’t high-five in the locker room and say, ‘Hey we got close against a really good team,’ and they are a really good team,” head coach Chip Kelly said of the Washington game. “I’m not a guy that gets solace in, ‘We were close.’ That’s not us. Close isn’t good. Close is bad.” Also, bread good! Fire bad!

QB Brandon McIlwain went 32-of-43 for 315 yards in his first start last weekend. Additionally, he ran for another 107 yards. On the other hand, he had four TOs. So that’s something to work on if Cal wants to live up to their best online sportsbooks odds. UCLA’s run defense is terrible. And that’s something the dual-threatening McIlwain could exploit.