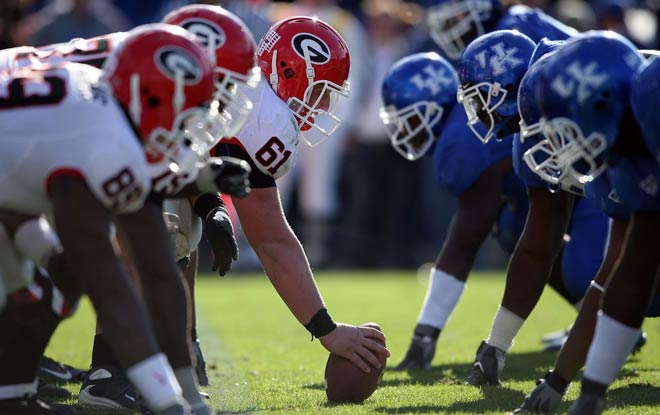 The Georgia Bulldogs are 8.5-point road faves against the Kentucky Wildcats, according to legal betting sites. That is tantamount to saying the best online sportsbooks favor UGA to win the SEC East Division. That would be the Bulldogs’ ninth divisional title. And it would give them a ticket to their seventh conference championship game. UK, conversely, last won a SEC championship in 1976, when the conference was yet to be divided into divisions. If the Wildcats make it to the SEC championship game, they will run, not walk, to it. Kentucky running back Benny Snell, Jr. is 65 yards short of a third straight 1000-yard season. Moreover, he has rushed for at least 165 yards against three good run defenses this season; Florida, Mississippi State, and Vanderbilt. Snell is Kentucky’s go-to guy, even more so than starting QB Terry Wilson.

QB Jake ‘Ethan’ Fromm had three TDs and no picks on 240 passing yards in UGA’s 36-17 win over Florida. The game against the Gators was a return to form for Fromm as well as the Bulldogs as a collective.

Defensively, Georgia has allowed just six TD passes and intercepted five passes. Which is kind of a moot point since UK couldn’t pass their way out of wet bag. So the key for UGA to cover the legal betting sites spread is to contain Snell. Easier said than done of course.

The Wildcats held the previously 35-point-per-game-scoring Missouri to only 14. They say the best offense is a good defense. They do say that, don’t they? In UK’s case they don’t have an offense to speak of, other than Snell, that is. So their defense is their best offense. And the only way they are going to win this one is by attrition. Either that or hope against hope that Wilson will have the odd on-day.