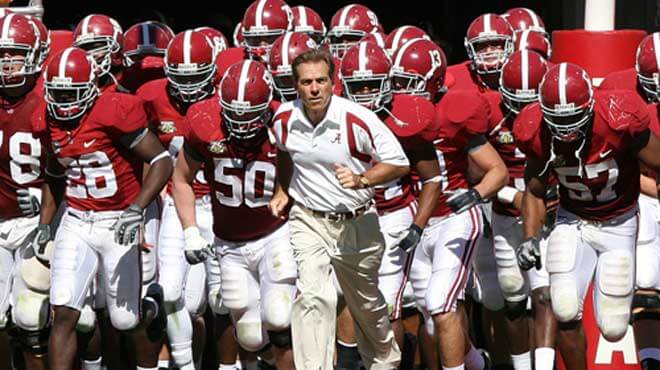 The best legal betting sites favor the Alabama Crimson Tide over the Tennessee Volunteers by  28½ points. The best online sportsbooks may be underestimating the Vols, though. At least according to Knox News. You can also ask Auburn. UTK upset the No. 21 Tigers as 15.5-point road dogs in a 30-24 win last weekend. However, this isn’t the same Auburn to which we have been accustomed. The Tigers have already lost three games halfway through the season. The Tide, on the other hand, is the same program other schools have learned to fear and loathe. In fact, they just may be even more fearful and loathsome, thanks to the Samoan Bulldozer known Tua Tagovailoa.

“If the Vols could beat the nation’s No. 21 team on the road, they also could win every remaining game on their schedule – with the exception of defending national champion Alabama,” writes John Adams of the aforementioned periodical. It is indeed all but a foregone conclusion, barring any unforeseen event, that is.

Not every QB can be a Polynesian Juggernaut. Vols starting quarterback Jarrett Guarantano has six TDs and two picks on 1129 passing yards. Can Guarantano guarantee a victory? No, according to the best online betting sites. Of course, you could make a case that UTK defeated Auburn. And Auburn was the only team to be able to defeat Alabama last season. Ergo, Tennessee should in theory defeat ‘Bama. But then you’d be a very silly person.