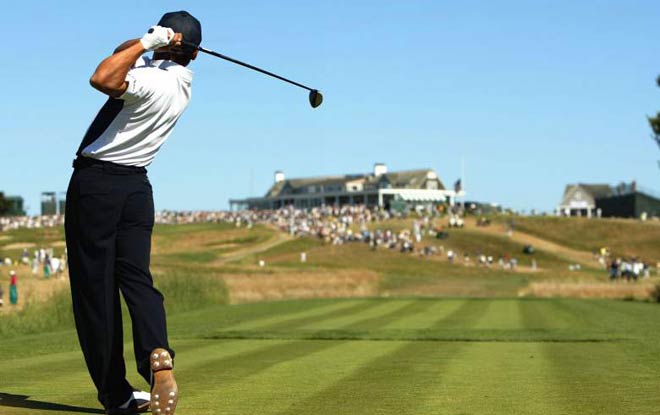 Legal betting sites are down wit ya homeboy Rory McIlroy to win the 2019 Open Championship. The Northern Irishman enters Royal Portrush Golf Club in County Antrim, Northern Ireland favored to win his second British Open. According to the best online sportsbooks. Rors earned his first Open in 2014 and he did it in style. As a matter of fact he is one of just seven wire-to-wire winners. That is to say, after 72 holes with no ties after rounds. Moreover, McIlroy was one four runners-up to Francesco Molinari in the 2018 edition. Additionally, he finished T5 and T4 in 2016 and 2017 respectively. Wee Mac currently stands No. 3 in the PGA World Ranking. Should he win, it’d be his third tour win in 2019, following The Players Championship and the RBC Canadian Open. As well as his first major tournament win of the year.

Second on legal betting sites oddsboards, though first in the PGA ranking, is Brooks Koepka. The American golfer heads to the British Open with the proverbial chip on his shoulder. Koepka finished tied for 39th in the 2018 Open Championship. That was a low point in an otherwise banner year. Scratch that. It was more of a Bruce Banner-turning-into-The-Hulk year. Brooks won both the 2018 US Open (his second in a row) and the 2018 PGA Championship. Furthermore, he became World Number 1 in the Official World Golf Ranking after winning the 2018 CJ Cup. Koepka has remained hot in 2019 major tournaments. He won a second straight PGA Tournament, finished a solo runner-up in The Masters, and tied for 2nd in the US Open.

Coincidentally, our next contender was Koepka’s runner-up in the 2019 PGA Championship. Dustin Johnson missed the cut in his previous outing, the Rocket Mortgage Classic. Hopefully that means he was holding back and looking past to The Open. DJ has found major tournament wins elusive in 2019 – though he did win the WGC – Mexico Championship. As elusive as the British Open has been in the past. Johnson came closest to winning in 2011, when he tied for second with Phil Mickelson. Lately, though, he finished T54 in 2017 and missed the cut last year.

Finally we have a relative newcomer and a resurgent veteran, Jon Rahm ‘Bender Bending’ Rodríguez and Tiger Woods. McIlroy and Woods alone have won more British Opens than Rahm has ever played in, but don’t discount the Spaniard. Although he missed the cut in the 2019 PGA Championship, Rahm finished in the top 10 in the 2019 Masters. And in the top three in the US Open. He followed up a T3 in the latter with T2 in the Andalucia Masters. And a win in the Dubai Duty Free Irish Open. Granted, those are minor league tourneys, but a roll is a roll, and Rahm is on a roll.

Speaking of which, Tiger has been enjoying a bit of a latter-day renaissance himself. Woods won the 2019 Masters (and we sure nailed that one!) which is unto itself a small miracle. In addition to that, he has not finished outside the top 30 this year – barring a missed cut in the PGA Championship.

Expert Prediction for the 2019 British Open

There’s a reason Koepka rules the PGA roost, if not legal betting sites oddsboards. To quote the Nature Boy Ric Flair, “Whether you like it, or you don’t like it, learn to love it! It’s the best thing going today! Woooooooooooooooo!”