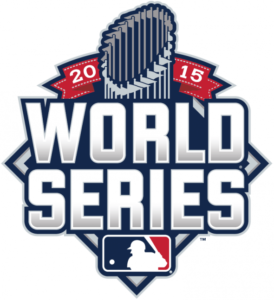 The fall classic is finally here and online betting players are enjoying the excitement for what it will surely be an awesome series. The Kansas City Royals come back to the World Series to face off the current heels in Major League Baseball, the New York Mets. There are several variables regarding both teams that could determine the faith of the series, that’s why it is important know what you can expect if you are interested in laying wagers during the series. Here is our preview of the fall classic and our analysis of how the series will turn out.

The New York Mets pretty much sweeped everybody’s hope for an accurate Back to the Future II prediction, by taking out the Cubs from winning the Series (The Hoverboard is the second favorite prediction, in case you were wondering). They demonstrated a huge level of control during the short series, and were able to brush off all the pressure that the series had due to the extra attention the Cub’s story brought to the National League Championship Series. It is a seducing factor to consider the Mets as early online betting favorites to take the first game of the series due to the fact they disposed of Chicago so quickly and unexpectedly. The Mets, judging from the projected starting lineup and the extra days of rest before game 1, might have a slight edge to steal that game.

This doesn’t mean that the Royals will take it laying down. We wholeheartedly expect for them to take game 2 and game 3 of the series to turn things around. The Royals rotation will be a factor that will be important to take into account. Statistically and depth wise the Royals have a team that is put together very well and it is familiar to the demanding pressure that is the World Series. All the losing teams of the World Series that make it back to the fall classic have won.
This piece of trivia might just be still through after these series are over.

At the moment, the early favorites of the Series from the top sportsbooks will be the Royals as -1.5-point favorites and the total of 7 (-125), but our prediction is that they will not sweep the Mets and the series will reach 6 games. It will be very interesting to see how the series will play out.