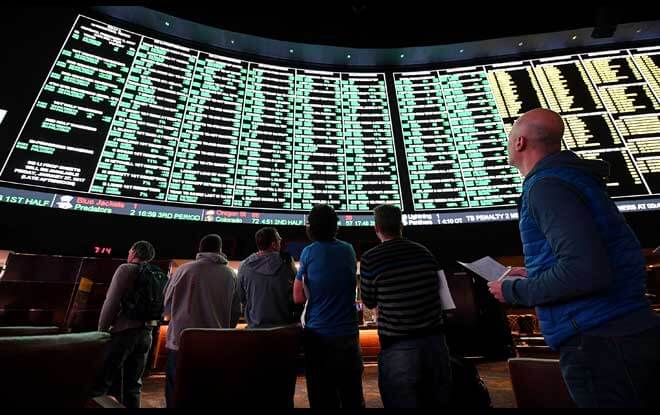 The weekend is almost here which means that the fateful Super Bowl LII betting Sunday is almost upon us. It’s been a thrilling NFL betting season and there’s no denying the fact that we’re all anticipating an even more breathtaking finale. It’ll be hard to top what we saw in last year’s Super Bowl, with the Patriots breaking the record for biggest comeback in the NFC-AFC merger. Luckily, we might just have the players to make this year’s Super Bowl even more memorable. At least, the best offshore sportsbooks are predicting quite an exhilarating finish for both of our finalists.

The Patriots were one of this year’s betting favorites to make it to the Super Bowl and surprise, surprise, here they are. It’s not a surprise by any measure of the word. That said, New England has the opportunity to win back to back titles this season, which is quite a praiseworthy accomplishment indeed. It would mark the second back to back titles the Pats have secured under Belichick. One gets the feeling that if the Pats get it done this Sunday Belichick will cement his position as the greatest coach to ever step foot on the gridiron.

While seeing the Patriots in the Super Bowl isn’t surprising, seeing the Eagles certainly is. Not because of the make-up of Philly’s team; the Birds are an extremely talented, well-rounded franchise. But it’s undeniable that we’re all a bit taken back by the fact that Philadelphia was able to make it this far with a backup under center. There’s no question the Eagles are better with Wentz. The real question is whether they can be better than the Pats with Foles under center.

Therefore, the Eagles primary concern should be to develop the running game right out of the gate. With a solid running game behind him, Foles should be able to find his footing. Not only that, Foles will have a much easier time completing passes down the field. Luckily for the Eagles, the Patriots ranked 20th against the run this season. So with that in mind, it’s clear that the Birds should be able to implement this strategy.

Not only does establishing the run help take heat off of Foles, it also helps chew up the clock. We all saw what happened last year to the Falcons. Imagine if Atlanta had chewed up an extra 5 minutes of time when they had the ball. Had that been the case, its unlikely New England would have come out on top. A great running day will keep Brady on the sideline where he cannot be a threat. Also, if the Eagles can win the time of possession battle, they should be able to tire out New England’s defense. Foles should be able to perform better against a fatigued unit than a fresh one. Arguably, taking the Birds on the money line could be the best online sportsbook upset prediction of the year.

The Patriots biggest advantage this Sunday lies in their experience. It’s hard to quantify just how big of an advantage New England’s multiple trips to the Super Bowl gives them. But if you had to choose a scenario, would you rather be behind the calm, collected team that’s been here on several occasions, or would you rather be behind the nervous first-timers who have everything to prove?

Depending on your character, you might side with the titan or the favorite. However, it should be noted that experience is the only department in which the Patriots and Eagles fit the old David & Goliath model. Well that and perhaps the quarterback situation as well. Other than that, the Eagles might be a better, more well-rounded team than their Super Bowl counterpart. Nevertheless, the vast experience the Patriots have should mitigate the slight skill advantages the Eagles bring into Super Bowl LII.

The Patriots’ experience can best be explained by the following:

All too many times we’ve seen teams come out of the gate red hot against the Patriots. In fact, we saw it two weeks ago when the Jaguars built up a nice lead over New England. The Jags were jumping around celebrating and moving with a vigor that’s hard to describe. No doubt the momentum was in their favor. Unfortunately for Jacksonville, they didn’t really know how to make the best of it. This is exemplified by their decision to take a knee before the half instead of trying to get some extra points.

Ultimately, the Jags’ momentum didn’t make it into the second half. Once the game’s midway point was reached, we saw the momentum shift into the Pats’ direction. And this is a direct consequence of their superior experience. New England knows there are going to be momentum swings throughout the game, and they capitalize each time the ball is on their court.

Perhaps the best example of what the Patriots bring to the table can be found by analyzing the notorious boxing bout between Floyd Mayweather and Conor McGregor. In this example, the Patriots are obviously Mayweather, the veteran boxer many consider the best to ever do it, and the Eagles are McGregor, a young up-and-comer with undeniable talent. In the end, we could see this play out just like their boxing match.

McGregor started fast, using his youth to overwhelm Mayweather. And while McGregor found modest success, it wasn’t enough to KO Mayweather – as his arrogance had assured us. With a little bit of time, Mayweather made the necessary adjustments and got the upper hand.

Nevertheless, McGregor made some adjustments and started finding success once more. However, once again it was not enough to beat Mayweather. And just like before, Mayweather made adjustments that neutralized the Irishman.

So, McGregor had nothing left to try but to employ a new strategy. The underdog did just that and started landing shots again. No problem for Mayweather, as the veteran made an adjustment to render McGregor ineffective. Now the tables had turn.

At this point in the fight, Mayweather had McGregor gas and the legend knew the fight was his. Once tired, McGregor lost the ability to think or reason and was simply reacting to Mayweather. Mayweather is entirely too talented for that approach and through a variety of traps, Mayweather was able to knock out his opponent.

This is likely how this year’s Super Bowl will end up. The Eagles will start hot, get a nice lead and give their fans some hope that they can upset the Pats. But in the end, behind Belichick’s brilliant adjustments and Brady’s desire for perfection, New England will prevail.

The above listed odds hail from Intertops sportsbook, a longtime leader in the sports betting industry. Intertops is famous for delivering above market value odds, a plethora of sign up bonuses, and more reload bonuses than you can possibly take advantage of. Without a doubt, Intertops is one of the better options for players looking to bet on Super Bowl LII. Feel free to check them out to see if they have any sportsbook bonuses that suit your needs. Likewise, you can check out our online sportsbook review on Intertops to get a deeper look at the ins and outs of this industry leader.