Best Bets and Bonuses for the Super Bowl 53 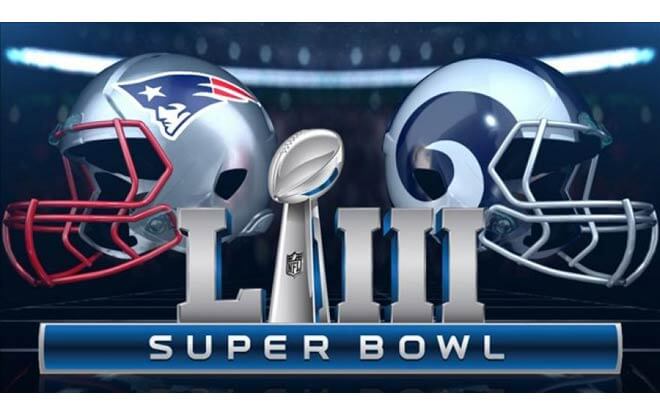 You may be wondering, which sport betting site offers the best bonuses in this the most wonderful time of the year? Likewise, you’re probably on the hunt for the best bonuses available before and during the Super Bowl. This is like Christmas all over again for the best online sportsbooks. As such, competition is at an all-time high. Every website is vying for gamblers with all that they’ve got. Unfortunately, some have got much more than others. Fortunately, we’re here to help you separate the proverbial wheat from the chaff.

This pretty much depends on who you think is going to win. Many a sport betting site is leaning toward the New England Patriots over the Los Angeles Rams. Such as BetOnline.ag:

As you can see, the Pats are just 2.5-point chalk. However, it is rather unlikely that the game itself is going to be decided by so few points. Especially considering that New England’s 13 wins in the 2018-19 season have come by a margin of 14.5 points. And that the Rams’ nine losses with Sean McVay have been by a margin of 10.9 points.

Okay. So let’s assume that the Patriots are going to win the Super Bowl straight-up. In that case, it only makes sense that they will cover the point spread as well. As it is at the time being. The line has already changed and it can change again. As a matter of fact it will more than likely change again. Making New England a bigger fave. Thus, making it harder – or less easy – for the Pats to cover. All things considered, the best bet is lock the Patriots at -3 points or fewer. Now.

Furthermore, if New England wins, it will most probably thanks to Tom Brady. Which would make it a good bet to put your money on Tom Brady for Super Bowl MVP. Conversely, should the Rams upset the Pats, it would be almost certainly due to a great defensive effort. In which case, betting on Aaron Donald rather than Jared Goff for MVP could pay off very well.

Finally, if you don’t want to take sides, the best bet for you is the over. At 58 points is about the highest Super Bowl total ever. And yet it’s still realistic for these two teams’ offensives. Just keep in mind that the Pats don’t come out guns ablaze in Super Bowl first quarters. But they make up for it later on in the game.

Intertops.eu is offering a 50% Super Bowl bonus. In their very own words, “Celebrate the biggest game of the year with up to $100 extra on your deposit.” Additionally, Intertops has a $200 sign-up bonus.

BetOnline is offering a special Super Bowl refer-a-friend bonus. You can earn 200% up to $200 plus $50 extra per friend. So start canvassing your Facebook profile for friends of the gambling persuasion.